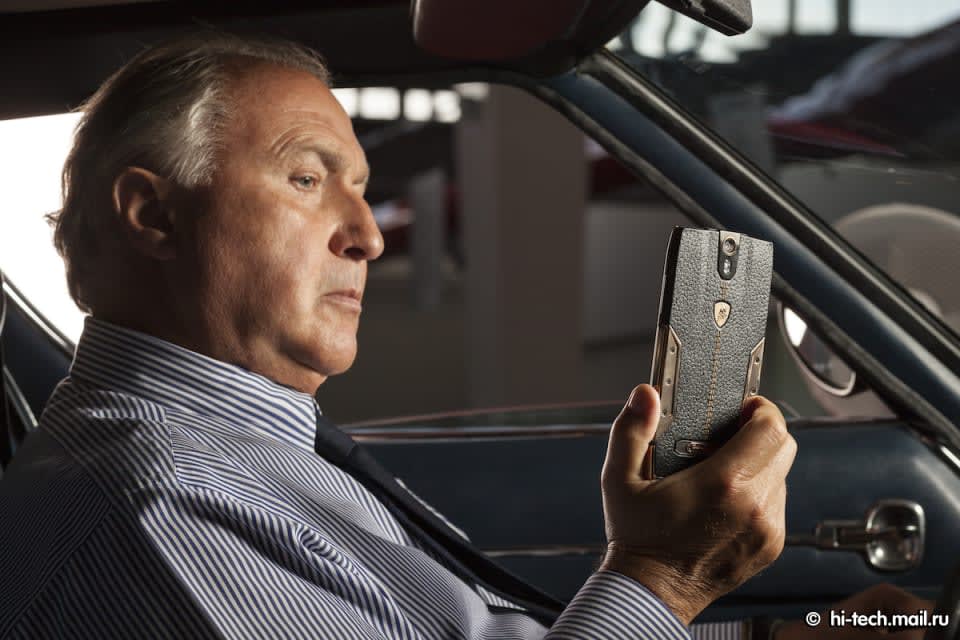 Technology can solve the greatest problems facing humanity. But it can also reveal man's weakness for gaudy and useless icons of luxury. Enter the 88 Tauri, the latest smartphone for rich folks from Tonino Lamborghini (founded by the son of the famous Ferrucio Lamborghini, but with no relation to the car company). For $6,000 you get an Android phone that's all leather and steel, toting a 5-inch screen and a quad-core Qualcomm 801 processor. Its hardware wouldn't be out of place in devices released earlier this year, but it's still a step up from what other ridiculous luxury entries offer, like the Porsche-designed BlackBerry P'9883 or Vertu's inexplicably successful lineup. Only 1,947 units will be made, which adds yet another tempting layer of exclusivity. Expect it to be on every rich old dude's wish list when it goes on sale later this month.

Clearly, then, this isn't a gadget aimed at most people. But it makes us wonder if we'll ever see luxury devices that offer something truly interesting beyond an ostentatious brand name. Wouldn't true opulence be more akin to having a smartphone that lasts for days, when the plebes are fiddling for their chargers? Or perhaps getting access to the fastest processors months before they reach consumer devices? If rich folks really want to throw their money around, wouldn't it be worth spending it on something that seems yanked from the future, rather than on expensive plastic surgery atop old tech?

Via: Slashgear
Source: Hi-tech.mail.ru
In this article: 88 Tauri, Lamborghini, luxury, mobilepostcross, smartphones
All products recommended by Engadget are selected by our editorial team, independent of our parent company. Some of our stories include affiliate links. If you buy something through one of these links, we may earn an affiliate commission.