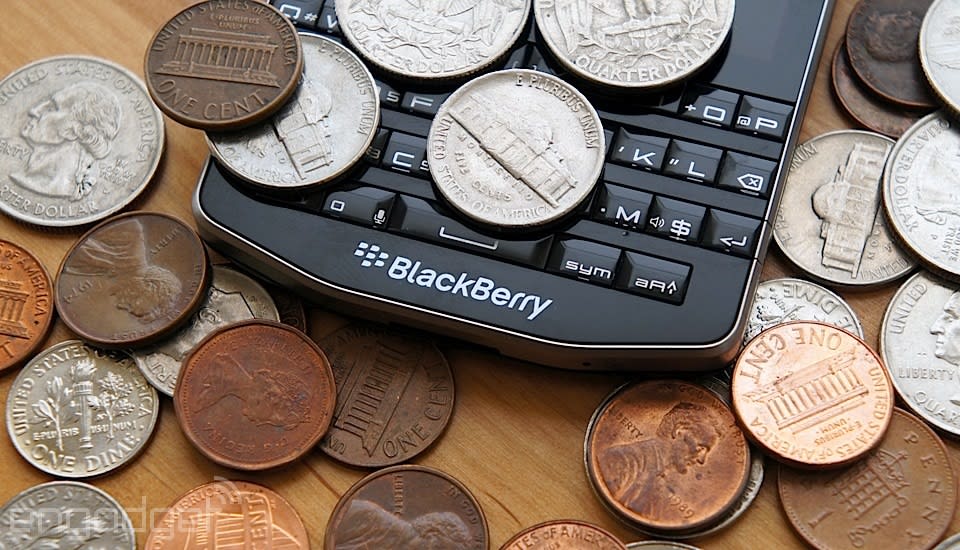 It's been almost a year since John Chen was appointed to save Blackberry and it's clear that his grand plan has, at least, stopped the company losing money hand over fist. In the Canadian outfit's latest three month report, it reveals that losses have been trimmed from $4.4 billion last year to a much more manageable $148 million. Of course, it's clear that as the business reinvents itself as a software-and-services company, manufacturing smartphones has increasingly become a side project.

At this point last year, the company had shipped 4.3 million smartphones, although the bulk of those were older BlackBerry 7 devices. This time around, less than half that figure -- 1.9 million devices -- found their way into the hands of consumers, with sales dwindling even in former strongholds like the Middle East and Asia Pacific. We're still waiting to see what impact, if any, new and "unconventional" devices like the Passport and Classic will have on fortunes, so there could be good news coming in the future on that front.

The company is still seeing its revenues split roughly down the middle, with 46 percent of cash coming from devices and the rest coming from software and services. It's the latter portion where John Chen sees the most potential, which is probably what prompted the company to buy mobile encryption company Secusmart. The company also saw big gains in its BlackBerry Enterprise Security platform, which grew over 100 percent in the last three months.

So, losses have been trimmed, software sales are growing and there's some cash in the bank. Someone should get a bottle of champagne and stick in the fridge, you know, just in case Chen's "eight quarter" plan pulls out something truly spectacular.

Source: BlackBerry
Coverage: CrackBerry
In this article: BES, blackberry, Classic, Financials, John Chen, Passport, Q3 2015, Rescue
All products recommended by Engadget are selected by our editorial team, independent of our parent company. Some of our stories include affiliate links. If you buy something through one of these links, we may earn an affiliate commission.