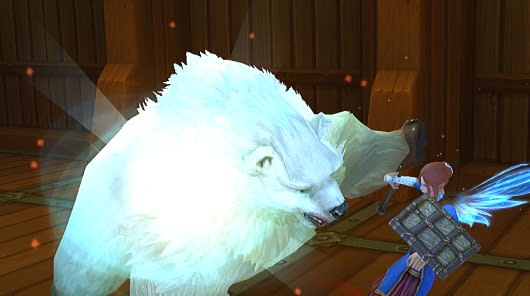 Last month, my three-part Soapbox series on reasons studios should abandon raiding as the core mechanic of their MMOs produced no shortage of comments. One of the persistent refrains from the pro-raid side was, as expected, "if you're so smart, why aren't you proposing alternatives?!"

The obvious answer would be that it wasn't the point of the articles. The series was about reasons to drop raiding, after all. But it's also not as simple as "here's what games should be doing" because there are countless alternatives. Tons of alternatives. I can think of at least six off the top of my head.

So for this new series, let's consider models that don't rely upon raiding as an endgame progression model. Some of these are close cousins to endgame models found in games currently on the market, some of them are not, and none of them has been designed with fine details or lore or what-not in mind. They're drag-and-drop, as it were. The point here is explaining the multitude of options available for an MMO's endgame that don't rely upon raiding for their focus. Today's article will cover the first two of six I have in mind.

All tokens, many lines, no waiting

Let's start with something pretty familiar; let's borrow from Final Fantasy XIV. When you hit the level cap in this model, you have three obvious routes of progression available to you: solo content, group content, and large-group content. Ideally, you'd want all of this content to scale to group sizes, but just for giggles let's assume that it can't for one technical reason or another. Each piece of content has three difficulty levels: Story, Advanced, and Extreme.

Story mode is... well, the story. You want to know why you're delving into a given location; that'll tell you why. Advanced is designed so that a reasonably kitted-out group can clear the content reliably without too much concern over time limits or the like. Extreme, meanwhile, is the challenging content, the sort of thing where the first few times you may very well not clear it before the time limit expires.

Clearing content awards tokens. You don't get many tokens for Story clears because those can be accomplished with absurd ease. Advanced and Extreme both award the same number of tokens; Extreme also rewards you with achievements. All forms of content can drop bits of purely cosmetic equipment here and there, but the actual upgrades to your equipment are earned by spending tokens, which can have a weekly cap if the designers want to limit progress past a certain point.

The key here is that no mode of content is favored over any other. Large-group content and solo content award the same number of tokens to an individual player assuming that they're both being run on the same difficulty setting. Different cosmetic pieces can be found in different content, of course, but the same cosmetics are available regardless of difficulty. So if you want to really challenge yourself while solo but like the cosmetics available in large-group content, focus on solo content at Extreme for tokens while running Story modes for large-group content.

Extreme mode in large-group content is hard, but it also takes some of the pressure off of each individual player. It's the trade-off you accept for spending the time organizing a group capable of taking it down. None of this precludes a PvP progression track, either; there's a similar reward structure if you choose to play in unranked or ranked matches. Just as in Extreme difficulty, your goal is bragging rights rather than progressing beyond unranked players. The challenge is there; it's just not a gating mechanism.

Straightforward, right? And the sort of thing that could be dropped in any game that currently does use raiding as its endgame focus with very few technical challenges. And that's only the tip of the iceberg.

"All you're proposing is a basic token system, though," you say. "It's just more inclusive! That's not novel!" That's true: It's not. So let's throw out tokens altogether with this next idea and make an endgame that's all about getting factions to like you. Really, it would make more story sense to keep all of the best stuff in the hands of big organizations that have the resources to make some truly amazing equipment.

You wouldn't want to make this sort of game a matter of pure reputation grinding, though. Let's start with each faction offering you three different axes: Resources, Affection, and Trust. Each one of them is more like a currency than anything. You have to earn Trust over time to spend on unlocking missions for a given faction, with Affection measuring how much the faction likes you and Resources measuring what sort of equipment you're authorized to use as a member.

Content is divided into a few forms. For starters, there are open-world components such as dynamic resource spawns, random enemy assaults, and the like. They're the sort of thing where you find yourself flung into conflict with other factions, fighting over these random events to get more stuff. You don't need trust to take part in this content, and in fact, you actively earn it for doing so. What you accomplish determines how much you earn in terms of resources, affection, and trust. You can also spend minimal amounts of trust to unlock what amount to chore lists -- kill X of enemy Y, gather resources at points A and B, that sort of thing.

Spending normal amounts of trust unlocks scaling missions along the lines of City of Heroes' Radio missions, sending you off to accomplish some targeted task. You can bring along friends hoping to garner favor with the same faction or other factions, as taking part under a given faction's auspices can improve your affection and (sometimes) resources, even though you won't gain more trust for clearing these missions. There are also dungeons to be unlocked available in both small-party and large-party sizes, with a given faction giving you a specific mission whilst you're inside. Kill all of the dragons, leave all of the mages alive, do not destroy the orb, that sort of thing.

This also opens the door for some choices that are a bit more engaging than simple good-or-evil decisions. If you're in a dungeon with other players, you could easily belong to two different factions who both want different objectives accomplished when you can only do one. Which faction do you need to gain affection with and which one is going to like you less? How will you navigate a web of alliances? For that matter, how do you balance the needs of the other players who are with you against your own needs? You both need to kill three of the same bosses, but you also have a split where half of the group needs another boss alive and the other half needs him dead...

It'd be a bit weird to manage this one, as the game would need to have reasons for players to ally with multiple factions that aren't directly at odds but also aren't necessarily fond of one another. However, it would also change up the endgame dynamic significantly, leaving you continually struggling to keep up your affection with various forces that all want something in exchange for all that powerful gear you're angling for. Rather than pure progression, it becomes a juggling act of keeping on top of your contacts' shifting alliances.

Everyone has opinions, and The Soapbox is how we indulge ours. Join the Massively writers as we take turns atop our very own soapbox to deliver unfettered editorials a bit outside our normal purviews (and not necessarily shared across the staff). Think we're spot on -- or out of our minds? Let us know in the comments!
In this article: better-models-for-endgame-progression, editorial, endgame, endgame-content, endgame-progression, featured, game-mechanics, op-ed, opinion, progression, rant, rants, soapbox, speculation, the-soapbox
All products recommended by Engadget are selected by our editorial team, independent of our parent company. Some of our stories include affiliate links. If you buy something through one of these links, we may earn an affiliate commission.