Seth Rogen is developing a sitcom about the Singularity 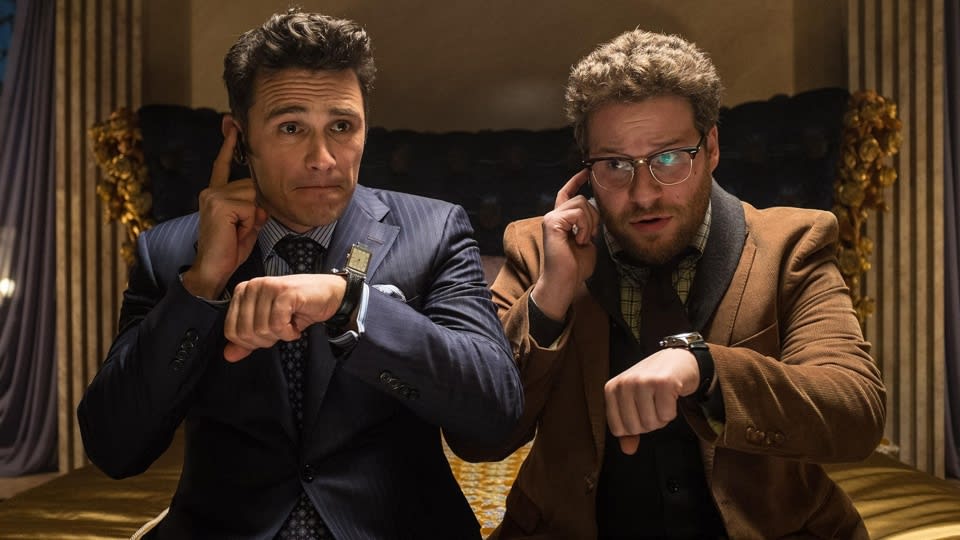 Let's face it, The Interview would have had to be nothing short of a masterpiece to justify all of the drama around its release. Well, it's not -- but it's not a terrible movie either. The comedy about the assassination of Kim Jong-un prompted terrorist attack threats from hackers (and North Korea itself, according to the FBI), which led to a sudden cancellation by Sony Pictures and a response from President Obama. But in the end, it's just another slacker bro-fest entry from Seth Rogen, Evan Goldberg (Rogen's writing and directing partner), and James Franco. You'll probably laugh a bit, as I did, if you're a fan of their schtick. But if you can't stand anything by these guys, this movie won't change your mind. At the same time, it's clear that the story around The Interview will continue to be one of the most fascinating media tales well into 2015.

The Interview is nowhere near the best work to come from the Rogen/Goldberg creative duo. It's not as sublimely raunchy as Superbad, or as batshit insane and hilarious as This is the End. But as a comedy, it's far more successful than the surprisingly dull Green Hornet reboot. It's a middle-of-the-road comedy that just happens to have the crazy premise of assassinating a ruthless dictator who's still in power. Had it reached theaters on its own, it probably wouldn't have made much of a splash with audiences.

But more interesting than the film itself is the unique release strategy Sony Pictures was forced to adopt. After the hacker group Guardians of Peace threatened major attacks on theaters showing the film, all of the big theater chains across the US pulled the film. That led to Sony temporarily canceling The Interview until it could line up another plan, which took shape over the past few days. First, we learned that independent theaters would be showing the film today. And yesterday Sony laid out its video on demand plans, which included putting the film up for immediate sale and rental on YouTube (and Google Play), Xbox Video, and a newly created website. (Ironically, the film isn't yet available on Sony's own Crackle streaming service or the PlayStation Network.)

If this strategy proves successful for The Interview, don't be surprised if we see it repeated in the future. We've seen some studios, including Sony , experiment with offering films already in theaters on VOD. But those releases were typically pricy at around $30. Universal tried to offer Tower Heist (a film you probably haven't thought of in years) for $60 on Comcast's VOD service, but it scrapped those plans after theater chains had a fit. While it wasn't Sony's original strategy, The Interview is the first mid-sized studio film to be available on VOD before it even reaches theaters (and even then, it's only showing at a few indie screens). At $15 to buy and $6 to rent, it's also more affordable than any previous early VOD release. There's also word that Netflix is working on a deal to stream the film, which would likely involve a hefty upfront fee to Sony Pictures. You can bet the bean counters are paying close attention to how this all plays out.

It's a shame that The Interview didn't end up living up to the hype around its release. But really, few films could have. What's more disappointing is that, while the film does a decent job of satirizing vapid aspects of American media and North Korea's horrific human rights violations, it just doesn't go far enough. Instead, we get lots of low-brow humor, offensive Asian accents (really?), and a smattering of slightly homophobic sketches. It's a movie that tends to go for the obvious joke, rather than something truly biting. It also makes the risky move of humanizing Kim Jong-un (played wonderfully by Randall Park), which leads to some bro-ventures with Franco's TV host character, but would likely drive well-informed viewers crazy.

And yet, while it's far from a great film, The Interview has inadvertently become a cinematic milestone. Its content led to terrorist threats and an unprecedented studio cancellation. But with its unique release strategy, it may also pave the way for Hollywood to completely rethink how we see films in the future.

In this article: Evan Goldberg, hdpostcross, James Franco, North Korea, Seth Rogen, The Interview, theinterview, uk-feature, VOD
All products recommended by Engadget are selected by our editorial team, independent of our parent company. Some of our stories include affiliate links. If you buy something through one of these links, we may earn an affiliate commission.