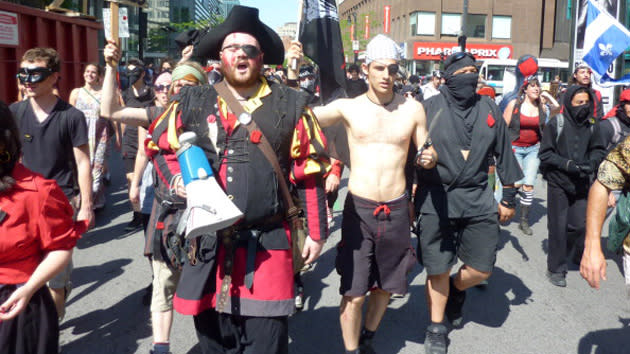 Watch out, Canada: you now have to deal with anti-piracy notices, much like your American friends. The country has just implemented a copyright law provision that requires internet providers to forward copyright violation warnings to customers caught downloading allegedly pirated material. The networks aren't obliged to punish you, so accusations shouldn't lead to disconnections or throttling. However, there's nothing dictating what those messages are allowed to say. There's a concern that the law lets copyright settlement firms run rampant, like they have in the US -- they may try to scare you into making an expensive payment rather than defending yourself in court. Also, virtual private network hosts will have to keep six months' worth of activity logs on hand, so your privacy is at greater risk even if you're squeaky clean. It'll be a while before Canucks know the full effect of this measure, but there is a chance that it'll create more problems than it solves.

In this article: canada, copyright, copyrightlaw, copyrightmodernizationact, internet, isp, law, piracy, vpn
All products recommended by Engadget are selected by our editorial team, independent of our parent company. Some of our stories include affiliate links. If you buy something through one of these links, we may earn an affiliate commission.