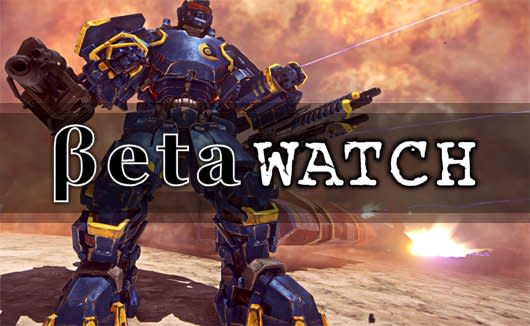 SOE confirmed this week that the beta for PlanetSide 2's PlayStation 4 edition will begin on January 20th. This month is shaping up to be a big one for the studio; its zombie MMO H1Z1 will kick off its own early access next week. What else is new in the world of MMO testing?Read on for our complete Betawatch roundup.

Betawatch is Massively's weekly report on the latest MMO alphas, betas, and other games still meandering toward an official launch. From Albion to Valiance, it's covered here, complete with sign-up links so that you too can perform the unpaid quality-control work otherwise known as game testing

In this article: alpha, alphas, beta, beta-test, beta-testing, betas, betawatch, black-desert, brianna-royce-betawatch, closed-beta, console, crowfall, divergence-online, eleven, game-testing, glitch, gloria-victis, identity, launch, launches, maestros-of-the-anthymn, massively-meta, nova-genesis, open-beta, planetside-2, playstation, playstation-4, ps2, ps4, revival, roundup, soe, survarium, testing, xsyon
All products recommended by Engadget are selected by our editorial team, independent of our parent company. Some of our stories include affiliate links. If you buy something through one of these links, we may earn an affiliate commission.