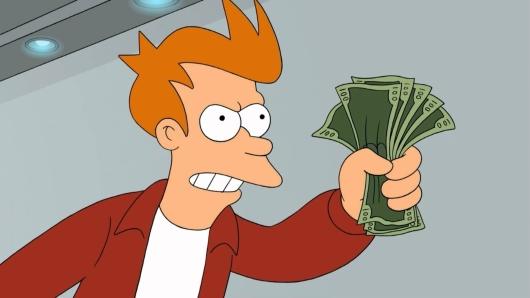 I've been doing top 10 lists here at Massively for well over four years now, mostly as a public service to make you feel good when I forget something that should really, truly belong on a particular countdown. On a biweekly basis I got to plaster the front page of the site with garish cartoon pictures -- and my editors never said boo about it.

Some of my lists were tongue-in-cheek, some were heavy-duty research, and some were off-the-top-of-my-head-because-I-had-a-deadline crazy. As I look back over the field of weird and wonderful lists that I've made, I can pick out a few of my favorites. So today let's look at my top 10 top 10 lists here on Massively with a little color commentary. 1. Why Elves are the scourge of MMOs

These lists were definitely among the most popular that I've ever done, because who doesn't love a super-deluxe preview of what's coming to MMOs that year? Seriously, we were getting major hits on each of these well into the fall. They were so popular that one of our competitors (who shall not be named but shares a room with Voldemort) copied the format almost to the letter this year.

Some thought (erroneously) that this was a farewell post, but it was merely a quickie that I had wanted to do for a while. By far, it's the most "meta" list I've ever done, shining a light on the behind-the-scenes activities here on the site.

4. Why MMOs need to give up their dragon addiction

Do you know what I learned from this column? It's that, contrary to my personal belief that we're all sick to death of dragons infesting our MMOs, people have a raging fixation with these fantasy beasts and will defend to the death their inclusion in games. Seriously, I did not realize people liked dragons this much. People, we have a problem. We need to seek help.

5. MMOs that influenced me greatly

I CANNOT BELIEVE I TOTALLY FORGOT TO INCLUDE LORD OF THE RINGS ONLINE. SERIOUSLY. IT'S LITERALLY WHY I WAS HIRED AT MASSIVELY. I'VE ONLY BEEN PLAYING IT FOR EIGHT YEARS. HOW DOES MY BRAIN FART THAT BAD?

6. MMO features that were hyped but never delivered

I had to do an above-average amount of research for this list, but I had such a blast doing it I didn't mind. This was a major trip back through memory lane coupled with several bouts of, "Huh, I never knew that!" I figured that kind of mix made for an interesting piece.

7. Consequences of living in an MMO world

Overthinking fictional settings and applying a heavy dose of reality to them can be immensely satisfying and entertaining. In this list, I made the case that actually existing in these worlds would be a hell of the highest order.

Massively's been around since 2008 and unsurprisingly has a crapton of columns. Many of those have vanished over the years for various reasons, although we kept the categories to them alive and well. So one day I started digging around in the archives and got fascinated enough to make a list of site history.

9. The worst MMO launches of all time

This is probably the most debated list I've ever done because (a) everyone has STRONG opinions about this topic and (b) new MMOs keep launching in disastrous ways all of the time. Still, it was a fun history lesson.

While this topic was sobering (as it was mostly about people, including kids, who had died), it was also uplifting to research and read stories of how MMOs have honored their memories by including them in a small part of the game.

Thanks for reading, everyone!

Justin "Syp" Olivetti enjoys counting up to ten, a feat that he considers the apex of his career. If you'd like to learn how to count as well, check out The Perfect Ten. You can contact him via email at justin@massively.com or through his gaming blog, Bio Break.
In this article: featured, humor, opinion, p10, perfect-10, perfect-ten, roundup, the-perfect-10, the-perfect-ten, top-10, top-10-list, top-ten, top-ten-list
All products recommended by Engadget are selected by our editorial team, independent of our parent company. Some of our stories include affiliate links. If you buy something through one of these links, we may earn an affiliate commission.