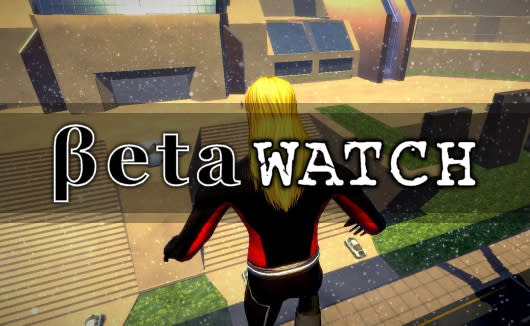 Valiance Online will soon be available on Steam Greenlight, making it the first of the spiritual City of Heroes revivals to make it to that hallowed step. That's right, folks, we were the sacrifice required to save City of Heroes. We would have brought back Star Wars Galaxies too, but you know, it's almost February, and ewoks in cupid wings? No.Jump on past the break for our list of other games in testing!

Betawatch is Massively's weekly report on the latest MMO alphas, betas, and other games still meandering toward an official launch. From Albion to Valiance, it's covered here, complete with sign-up links so that you too can perform the unpaid quality-control work otherwise known as game testing

In this article: albion-online, alpha, alphas, beta, beta-test, beta-testing, betas, betawatch, borderlands, borderlands-online, brianna-royce-betawatch, city-of-heroes, closed-beta, coh, crowfall, das-tal, eqn, everquest-next, game-testing, landmark, launch, launches, massively-meta, open-beta, otherland, roundup, star-wars-galaxies, swg, testing, valiance-online
All products recommended by Engadget are selected by our editorial team, independent of our parent company. Some of our stories include affiliate links. If you buy something through one of these links, we may earn an affiliate commission.