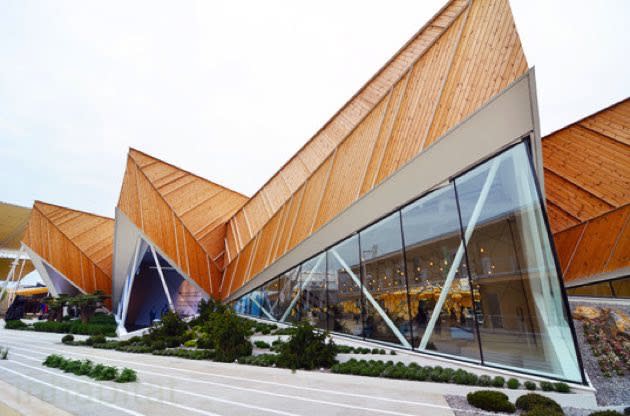 Tesla capped the week off with the announcement everyone's been waiting for -- its new $3,500 10kWh Powerwall home battery is coming soon. All eyes were on Elon Musk this past week as he took the stage to show off the stylish new battery that could help take your home off the grid. The internal combustion engine has been around for more than 150 years, and for most of that time it has run on petroleum, which isn't exactly a friend of the environment. But what if we removed gas from the equation and replaced it with something more harmless? Audi recently invented a synthetic "e-diesel," which is made with water, CO2 and electricity derived from renewable energy sources. The new fuel could revolutionize the car industry and help reduce carbon dioxide emissions.

Whether Audi's green vision becomes a reality or not, one thing is apparent: We need to get serious about getting "clunkers" off the road. A new study from the University of Toronto finds that just 25 percent of cars and trucks on the roads are causing 90 percent of the air pollution. In other automotive news, Finnish car company Toroidion has created an electric supercar with swappable batteries and more than 1,300 horsepower. A couple of highly ambitious Lego builders have constructed a life-size car that's made almost entirely from Lego bricks -- and it runs on air. The Lego hotrod took more than 500,000 Lego pieces to build, and it can reach speeds of about 20MPH.

The 2015 Milan Expo just kicked off and Inhabitat has been on the scene scoping out the most eye-catching pavilions, from Slovenia's mountainous wooden prefab to China's undulating timber structure to the UK's hive-like creation. Click here to see photos of them all. Japanese designer Tokujin Yoshioka recently completed an elegant and modern teahouse in Kyoto, which is made almost entirely from glass. The minimalist structure is an opportunity to preserve the customs of ancient tea ceremonies while breathing new air into outdoor spaces. Here in the US, the Oregon Cottage Company has also taken inspiration from Japanese teahouses, producing a Japanese-inspired cottage, complete with shoji screens, tatami mats and a sunken tea-warming hearth. And on the mobile design front, Dave Moult has built a teardrop-shaped steampunk trailer that is decked out with leather and metal and is mostly crafted by hand.

America's homeless problem isn't going away any time soon, but some enterprising teens in Seattle are doing their part to help provide shelter for those in need. The group built a tiny home community for homeless Seattle residents, which includes a series of modest, solar-powered homes made from recycled construction materials. That isn't this week's only feel-good story: A team of students in Boston transformed a group home for seniors with Alzheimer's disease into a haven that gives its occupants the best quality of life possible. In other green design news, Schmidt Hammer Lassen Architects recently unveiled designs for a new earthquake-resistant central library in Christchurch, New Zealand. The library would roughly double the size of the old one, and it promises to provide a vibrant, flexible and welcoming hub for social activity. One of the biggest ongoing design competitions of the year is the Guggenheim Helsinki museum, which drew more than 1,700 proposals, and has since been whittled down to six finalists. A winner won't be chosen until late June, but in preparation for that, Inhabitat took a closer look at the proposals that were drafted by the finalists.

Solar panels are one of the best and cleanest sources of energy, but let's face it: They aren't all that pretty to look at. Dutch designer Marjan van Aubel seeks to address that problem with the Current Window, a gorgeous stained-glass window that has solar cells embedded in its colored panes of glass. In other energy news, ecoLogic Studio is creating the world's first urban algae canopy for the 2015 Milan Expo. Once it's completed, the canopy will be able to produce the oxygen equivalent of four hectares of woodland, along with nearly 330 pounds of biomass per day. And on the green tech front, the Romanian designers at Tablo have produced a set of ingenious upcycled lamps that are made from unexpected household items, including TV tuner boards, car parts and old computer disk drives.

In this article: eco-friendly, green, inhabitat, InhabitatsWeekInGreen, Milan Expo, Powerwall, solar, Tesla, WeekInGreen
All products recommended by Engadget are selected by our editorial team, independent of our parent company. Some of our stories include affiliate links. If you buy something through one of these links, we may earn an affiliate commission.