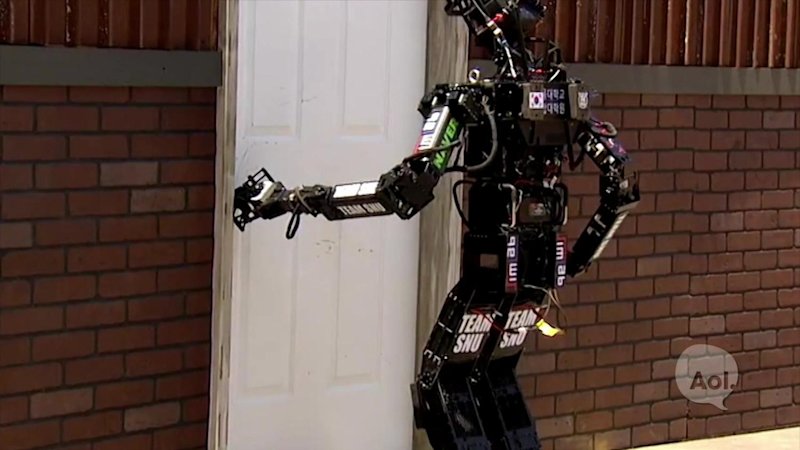 In 2013 the DARPA Robotics Challenge was created to inspire universities and corporations to build robots to assist humans in disaster situations. The robots are asked to open doors, climb stairs, turn valves and even drive a cars and use power tools to saw through a wall! We head to Pomona, CA for the 2015 DRC Finals and track two of the teams vying for millions in prize money.

"This is a special place," says Dennis Hong of Team Thor, a joint collaboration between the University of Pennsylvania and UCLA. "In the future, any breakthroughs in robot technology will be done by someone in this very room."

We also catch up with IHMC Robotics, who built their robot on the Boston Dynamics Atlas platform. So while some teams emphasize hardware innovation, Team IHMC could focus on software.

"There is an 'out of the box' way of controlling the Atlas robot," explains Doug Stephen, a research associate at IHMC Robotics. "We chose to go our own way and the robot does afford you the opportunity to ground-up rework the entire software stack and that's what we've done."

Will Team IHMC's software-centered strategy payoff? We follow their robot's every move on the final day of competition.