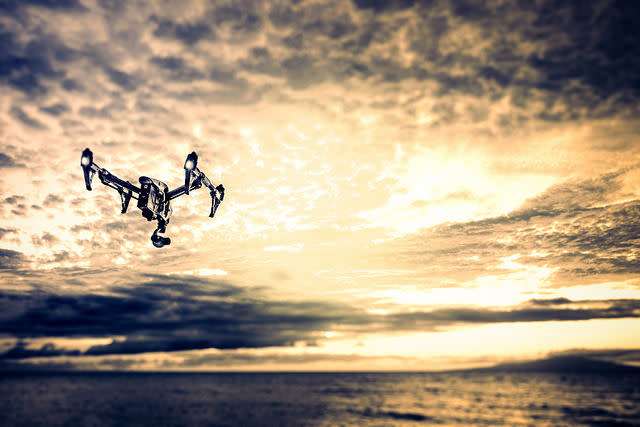 Lisa Pleiss was getting dressed on a Sunday afternoon when she saw a drone flying near the window of her 26th story Seattle highrise apartment.

Reasonably alarmed, she rushed to close her blinds, and called the concierge. On the ground, two men were seen speeding off before the Seattle Metropolitan Police could arrive. They were later identified as developers scouting out local real estate. They did not know Pleiss nor set out that day with the intention of recording her in her underwear.

Drones present a huge divide in the court of public opinion: from the arena of war to the ruins caused by natural disasters and the Hollywood cinematic space, drone technology has ushered us into the golden age of citizen journalism.

Drones inspire up a lot of ideas and notions, and in the public eye, those are mostly nefarious. Let's set the record straight though. Ethics in drone reporting is a loaded topic with a loaded sense of journalistic responsibility and ethics driving it forward. Reporters are not going to be using their drones to spy on you, in your home, doing private things everywhere and anywhere. Not any less so than an ordinary citizen journalist catching a cameo of you in their smartphone-recorded video. Technology has forced a kind of transparency and accountability for everyone.

In late 2014, the FAA gave official approval to four companies to develop and use commercial drones for specific purposes. After the Washington Post reported that pilots were seeing drones flying dangerously close to their engines, plus the time when someone's face was sliced open at TGIF's as a drone attempted to maneuver a mistletoe over a couple, some safety guidelines were necessary.

Like any other technology developed, the purpose comes not from the device itself but from the person controlling it. If a shady journalist wants to film you in your underwear, they won't just resort to using a drone, they'll find any way of doing it. Look at the ongoing discourse on the concerns born from the dawn of Google Glass—the ability to have your likeness recorded on the fly, to be searchable in a public space unwittingly—the nefarious act itself is totally dependent on the personality of the person doing it.

Drones, as controversial as they may be, are too valuable to go away. The industry is valued at $6 billion, with the prediction that 30,000 drones will fill the skies by 2020, according to a report by the National Center for Policy Analysis.

If you're considering investing in a drone, check with National Conference of State Legislatures and the ACLU to show which states have passed laws restricting certain drone use. I hope a drone is coming soon to a neighborhood near you, and that it won't require a pilot's license to fly. There's also a very useful collection of resources by the FAA's supported (but not endorsed) website, Know Before You Fly.

According to Matthew Schroyer of the Professional Society of Drone Journalists, there is a code of ethics to be observed that is founded in the philosophy of psychology Abraham Maslow's layered concepts.

For journalists, drone technology is slowly taking off, but not without restrictions and ever-evolving policy. Drone journalists have an equal commitment to the ethics of reporting when it comes to newsworthiness, safety and sanctity in public spaces.

For more reading about the intersection between drone technology and our society, read some of my other blogs about drones have fostered new opportunities in many of the creative fields.