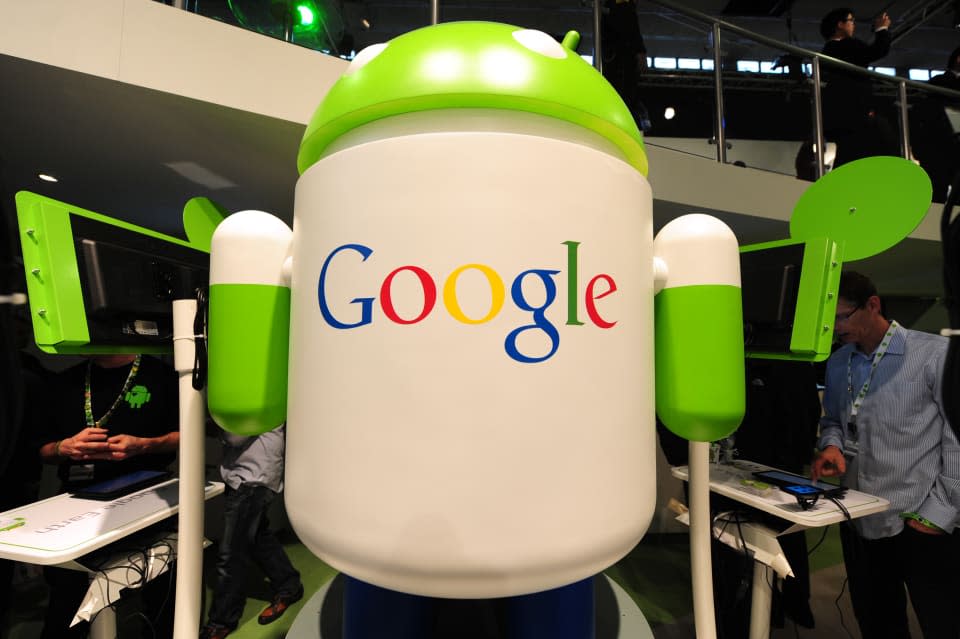 While Google has been enjoying consistent financial growth for quite some time, it was dinged the last two quarters for not living up to Wall Street expectations. But in today's Q2 earnings announcement, the Mountain View firm has made significant strides in rectifying that reputation. It reported a revenue of $17.7 billion this past quarter, which is an 11 percent growth year over year and a 3 percent growth since Q1. This has beat Wall Street estimates handily, causing its stock to climb by 11 percent at closing. What's contributing to this success? As CFO Ruth Porat puts it, it's all thanks to mobile, with YouTube playing a star role.

Though Google won't reveal specific numbers, Porat said that "the gap between mobile and desktop continues to narrow" when it comes to the money it makes from advertising. There's apparently been a particularly strong surge in mobile search, which is a significant contributor to ad revenue. Chief Business Officer Omid Kordestani said on the earnings call that "more searches happen on mobile than computers in 10 countries." It's why the company is putting even more resources behind creating a better mobile experience. He says that around 30 percent of mobile searches are location-related -- perhaps they want to know what's around them or where's the closest gas station. "When people search on mobile, they want immediacy and action," he said.

It's not just search either. Google has also invested in other key mobile experiences, especially in a world where people are less likely to head directly to google.com to search. Kordestani states that efforts like Google Photos, Now On Tap and Android Pay all factor in to making Google's mobile presence more widespread. He also credited deep linking -- where users are led to install new apps from links within other apps -- for a boost in traffic. Indeed, Porat said that Google Play "continues to grow at an impressive clip" and is the "fastest growing mobile gaming platform."

What's particularly impressive is that YouTube ad revenue has also blossomed, particularly in mobile. The "Trueview" ad format -- basically all those pre-roll ads you see before YouTube clips -- has really grown of late. Porat said that YouTube has experienced an accelerated 16 percent growth rate and that "mobile watch time has more than doubled." Cost per clicks have gone down, but that's alright as those aforementioned Trueview ad hits have increased. A new feature of Trueview that automatically adds product information and pricing in video ads is cited for the growth.

Indeed, the number of advertisers running ads on YouTube has gone up by 40 percent and the average spend is up by 60 percent. Kordestani said that the average viewing time on YouTube is also more than 40 minutes and that more 18 to 49 year olds watch YouTube on mobile than any cable network. He said YouTube is great for content creators too, as the number of channels making six figures is up by 50 percent from this time last year.

As for Google's other projects -- Nest, Fiber and Google Life Sciences -- those are now under "tighter governance" and are seen as more longer-term sources for revenue. Which basically means that they're not quite making money hand over fist from those units just yet, but the potential is there.

In this article: 2015, earnings, financials, google, q2
All products recommended by Engadget are selected by our editorial team, independent of our parent company. Some of our stories include affiliate links. If you buy something through one of these links, we may earn an affiliate commission.