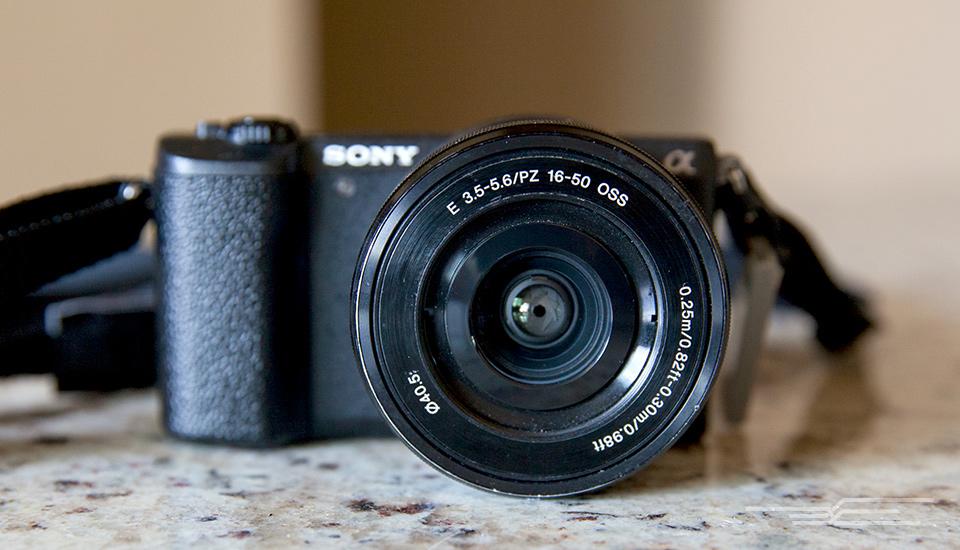 This post was done in partnership with The Wirecutter, a list of the best technology to buy. Read the full article here.

After 60 hours of research and 25 hours of testing, we found the $600 Sony a5100 is the best mirrorless camera for beginners. It stands out from the dozens of competitors we considered by delivering superior photo quality while being easier to use right out of the box thanks to simple menus and controls. Plus, it offers enough flexibility to keep up with a new photographer's developing skills. Our top contenders we found worth field testing were the Panasonic GF7, the Olympus E-PL7 and the Sony a5100.

We looked over the entire range of mirrorless cameras currently available for less than $600 and narrowed the field down to four final candidates for hands-on testing: the $550 Olympus E-PL7, Samsung's $400 NX3000, the $500 Panasonic GF7 and the Sony a5100. We toted them around everywhere to see how they performed in the situations most novice shooters find challenging, putting each camera's autofocus, low light and flash capabilities to the test. The Sony a5100 packs a punch of excellent features in a compact size that's easy to use right out of the box.

The Sony a5100 is the best mirrorless camera for new users because it offers a careful balance of impressive capability with easy usability at a great value—currently priced at $600 on Amazon.

The a5100 uniquely targets newbie photographers and smartphone shooters ready to step up their game with an In-Camera Guide aimed at helping novices get to know the camera. It soars where even the best smartphone tends to fail—low light, flash photography, fast-moving subjects like a small child—while still providing the portability, simple user interface and selfie capabilities we've come to expect in a camera.

If our main pick sells out or becomes unavailable, our previous recommendation, 2013's Sony NEX-5T, is now available for a very affordable $350. It, too, has a large sensor for detailed photos, fast shooting speeds, Wi-Fi and NFC connectivity, and Sony's wide body of lenses.

Of course, technology improved in the year between the NEX-5T's release and the a5100's debut, and the a5100 offers superior auto focusing abilities—especially key if your primary subject moves quickly, like a small child. We found the Sony a5100 performed well in low-light situations with minimal noise even at higher ISOs, as in this example taken at ISO 1600.

With excellent picture quality and easy usability, the Sony a5100 is our pick for an entry-level mirrorless camera priced under $600. As simple to shoot with as a camera phone, the a5100 outshines any smartphone with images as good as you'll see from a DSLR, an easy to use interface, a capable zoom lens, effective on-camera flash, impressive autofocusing and low light performance.

In this article: a5100, ilc, MirrorlessCamera, MirrorlessCameras, NEX-5t, partner, sony, sonya5100, SonyNex-5t, syndicated, thewirecutter, wirecutter
All products recommended by Engadget are selected by our editorial team, independent of our parent company. Some of our stories include affiliate links. If you buy something through one of these links, we may earn an affiliate commission.