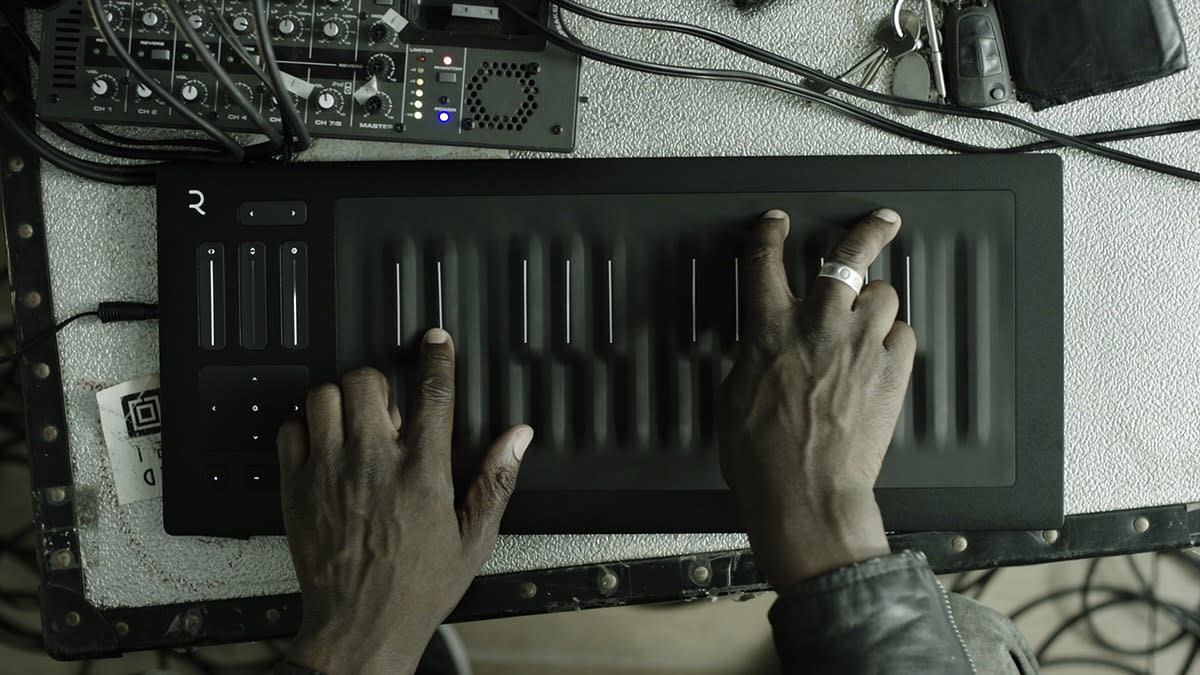 British startup Roli has launched a follow-up to its reimagined keyboard with a continuous, rubberized exterior: this one, however, is quite smaller and a lot more affordable. The Seaboard Rise was designed to be the more portable version of the company's Seaboard Grand instrument released a couple of years ago. It only has 25 keys -- Roli calls them "keywaves," because they do look like waves on a black surface -- whereas the smallest Grand iteration has 37. Thanks to that, though, it will only set you back $800, which sounds more reasonable than the cheapest Grand ($1,999), especially if you just want one for a home studio.

These Seaboards' "keywaves," by the way, aren't just rubber-covered traditional keys: You can physically bend, press, slide on and pinch 'em to produce different sounds. Since you probably have to see them in action to fully understand how they work, make sure to watch our old demo video featuring the devices' creator, Roland Lamb. If you're all set to get one, you can visit the startup's website to pre-order, but note that the instruments won't start shipping out until October 9th.

In this article: roli, roliseaboard, seaboard
All products recommended by Engadget are selected by our editorial team, independent of our parent company. Some of our stories include affiliate links. If you buy something through one of these links, we may earn an affiliate commission.