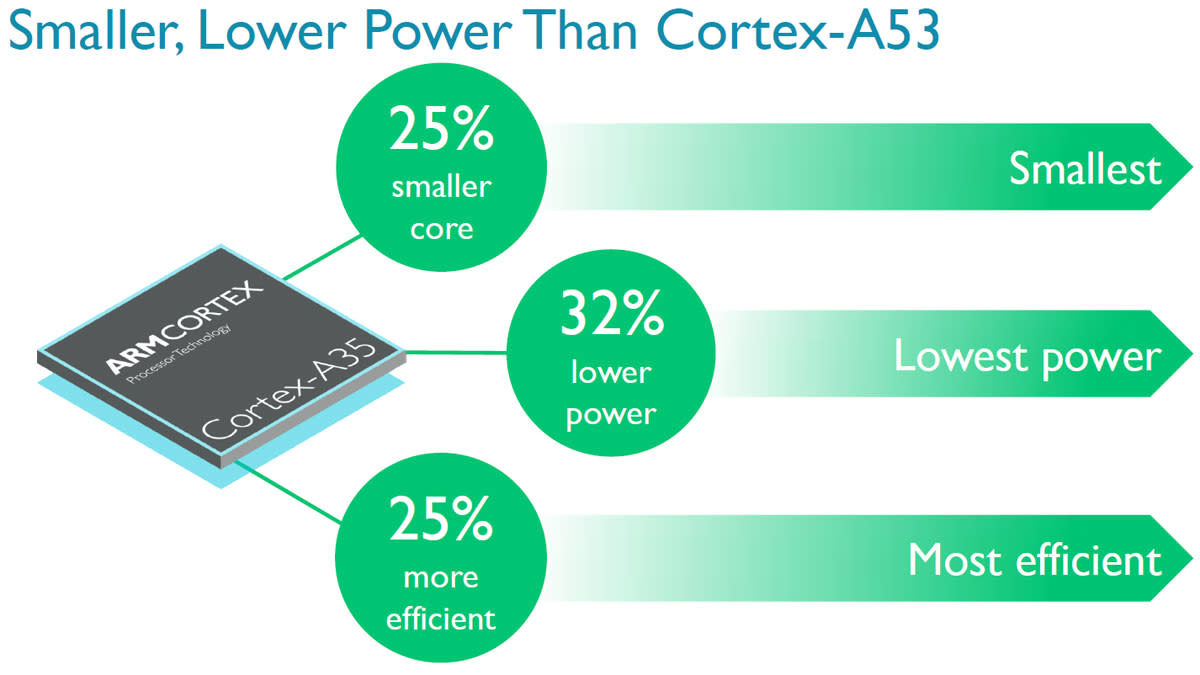 It's no longer hard to find 64-bit processors in smartphones. In smartwatches, though, they're still a rarity -- and ARM wants to change that with its new Cortex-A35 processor design. The architecture promises the most energy-efficient 64-bit mobile chips yet, sipping 32 percent less power than the mid-range A53 even as it outruns the Cortex-A7 it's meant to replace (6 to 40 percent faster). It's extremely scalable, too. You can build full-fledged quad-core chips for entry-level smartphones, but you can also strip things back to make tiny chips for watches and activity trackers.

The first A35-based devices aren't likely to ship until late 2016, and it's too soon to say who's lining up to use the design. However, the technology holds a lot of promise for wearables and entry-level smartphones. While 64-bit isn't a cure-all (it doesn't automatically make devices faster, for instance), it unlocks the door to apps and features that depend on particularly complex number-crunching, like tougher encryption. You may well see smartwatches next year which do things that aren't even feasible today.

In this article: 64-bit, arm, armv8, armv8-a, chip, cortex-a35, cpu, mobilepostcross, processor, smartwatch, tablet, wearable
All products recommended by Engadget are selected by our editorial team, independent of our parent company. Some of our stories include affiliate links. If you buy something through one of these links, we may earn an affiliate commission.