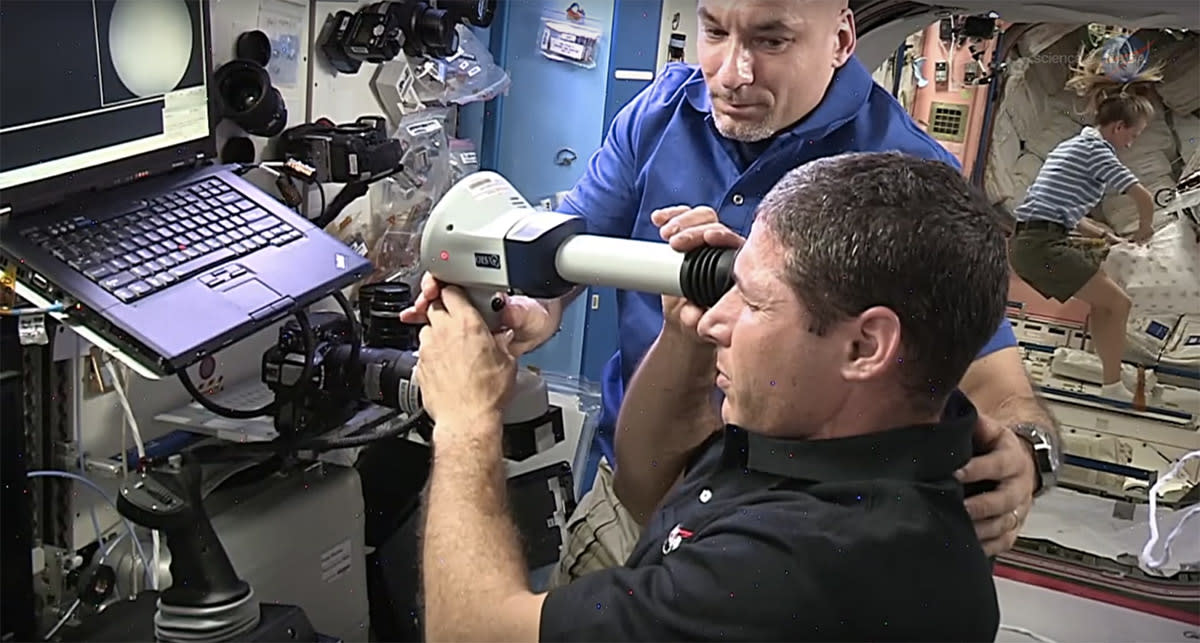 A previous NASA study proved that space can impair an astronaut's vision, which is a huge problem if we want to start sending humans to Mars. That's why the agency has launched a new study that aims to pinpoint the exact cause of "space vision" and to find a way to prevent or fix the issue. Under the leadership of principal investigator Christian Otto, NASA will "collect evidence to characterize the risk and define the [visual, vascular and central nervous system (CNS) changes]" in microgravity. In other words, the researchers will examine astronauts before they fly for the ISS, while they're living aboard the space station and when they land after their expedition ends to determine the changes in their bodies.

Based on the previous medical examinations of ISS crew members, bodily fluids tend to flow upward to the head while in space, similar to what happens when you lie down. Scientists hypothesize that all the extra blood and fluids tend to exert more pressure on the eyeballs than usual, which blurs a person's eyesight at first, followed by the loss of peripheral vision and then by complete blindness in severe cases.

A lot of ISS residents experience some kind of vision loss, prompting NASA to have them pack corrective glasses for their trips. Take note that the space station is only in low-Earth orbit, and most crew members only spend six months per expedition. Since the journey to Mars could reach three years, the trip will have bigger effects on the human eyesight. The study will benefit a lot more people other than astronauts, though: the agency believes its results could help us better understand conditions such as glaucoma, hydrocephalus and idiopathic intracranial hypertension, which causes severe headaches most pain killers can't alleviate.

In this article: nasa, research, space
All products recommended by Engadget are selected by our editorial team, independent of our parent company. Some of our stories include affiliate links. If you buy something through one of these links, we may earn an affiliate commission.