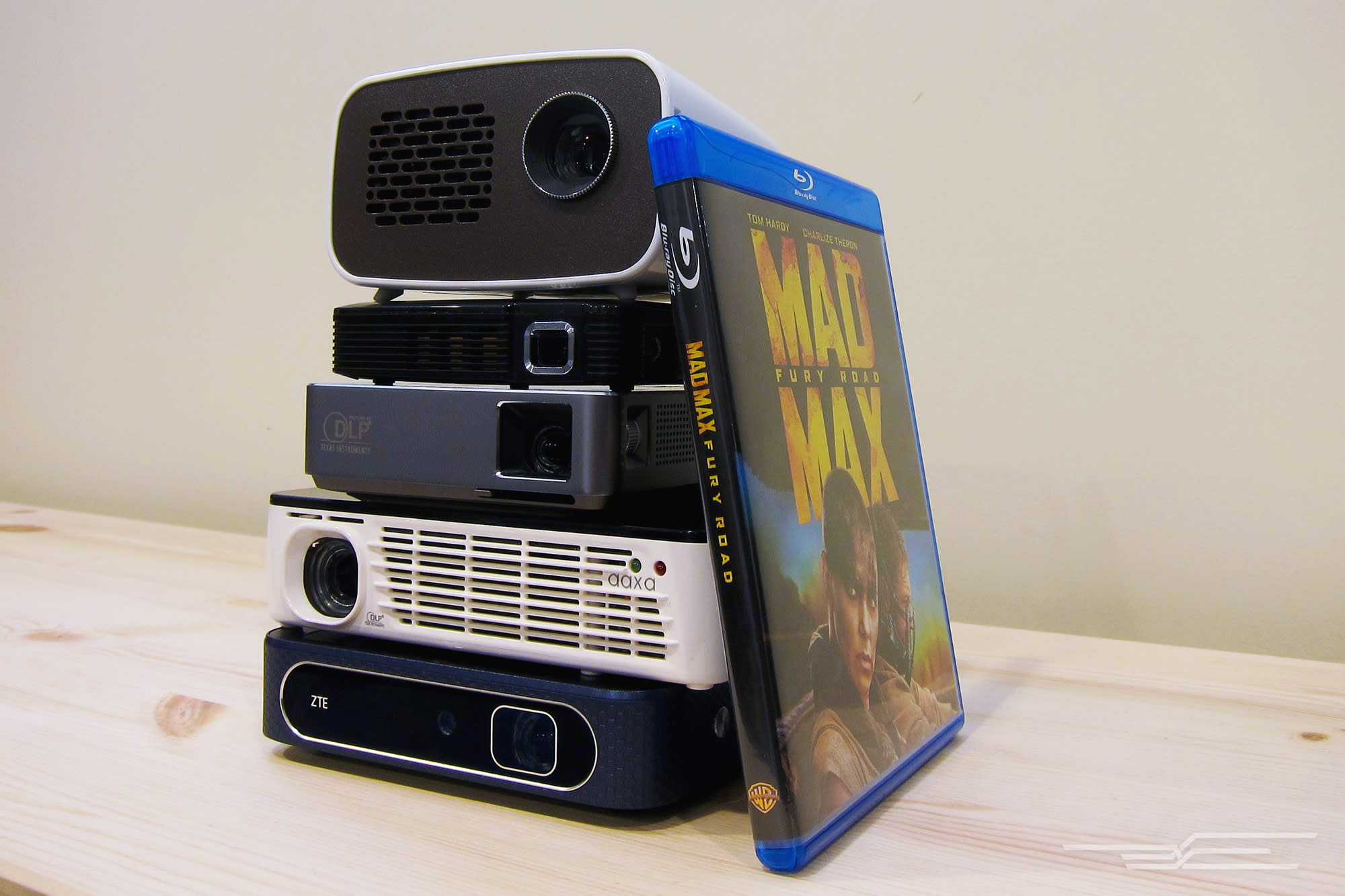 After 45 hours of research and hands-on testing with five models, we found the best pico projector is the AAXA P300. It's bright enough for both dark rooms and those with some light, and it's easier to position for a large image than its competitors. Plus, it has better contrast ratios, more inputs than other models, and an optional battery for use on the go. Other models might be more portable, but they won't be as useful as the AAXA P300. The AAXA P300 is small, making it easy to display content on a wall anywhere.

If you need to be able to show something to a group of people—or to host an impromptu movie night inside—a pico projector makes displaying content on a wall, anywhere, easy. If you own a pico projector but it isn't bright enough or isn't battery-powered, upgrading to our pick makes sense. If you have a projector but it's too large to easily carry around, one of our alternate picks might make the most sense. Overall, a pico projector won't replace a TV or a full-size projector, but it will work well for occasional use. We evaluated each projector in the test group both objectively and subjectively. We took objective measurements using SpectraCal's CalMAN software with a DVDO AVLab TPG test-pattern generator, an i1Pro 2 spectrophotometer, and a Klein K10-A colorimeter. Subjectively, we watched Blu-ray content and presentations (the latter using a MacBook as the source). We also tested with lights on and lights off, as a pico projector is more likely to be used with the lights on than a traditional projector.

Using an HDMI splitter, we could view the same content on two projectors side by side, an arrangement that allowed us to notice differences in brightness, color, image size, and overall quality more easily. When possible we made the image size the same, although with variable throw distances—and no zoom to make up for this fact—such an adjustment was often impossible due to space issues. The AAXA P300 is very bright with a good selection of inputs, and it can sit closer to the wall than other models.

With both movies and presentations, the AAXA P300 pico projector stood out from the competition, providing a very bright image from a short throw distance. It has the inputs you need, plus a speaker, a tripod mount, and a remote control, and an optional battery is available.

The AAXA P300 was the brightest of the projectors we tested. The manufacturer claims 400 lumens, but in our testing we measured 240 lumens (it's common for the claimed brightness and the measured result to be different). This was still bright enough for us to project a 50-inch image with the lights on or off and have no trouble seeing it.

Contrast ratios determine how much pop an image has and are the detail your eye picks up on the most. The AAXA P300 has a very decent 813:1 contrast ratio, a figure almost four times higher than that of the LG PH300—combined with the bright image, the impressive contrast ratio helps the AAXA model truly stand apart from the other projectors in our test group. Plus, the AAXA P300 had one of the shortest throw distances of the projectors we tested, and unlike most pico projectors, it includes a remote. The LG PH300 isn't as bright as the AAXA P300, and it offers a worse contrast ratio, but it has more accurate colors, an integrated TV tuner, and longer battery life.

If you want a quieter pick or better color, the LG PH300 is the way to go. We measured it at 151 lumens, so it isn't as bright as the AAXA model, and it has a longer throw distance, so the AAXA's image will be notably larger from the same distance: From 5 feet away, the LG gives you only a 42-inch image while the AAXA produces a 58-inch image from the same location. However, the LG's image is more accurate, with a neutral gray and colors that aren't as saturated. The ASUS S1 is incredibly small and portable.

If you need the absolute smallest pico projector to carry around for business, the ASUS S1 is a good choice. It packs only 90 lumens, but it is much smaller than the AAXA or the LG, and it comes with a carrying case that shields it from damage while it's sitting in your bag. Plus, its built-in battery can deliver up to three hours of use. It has a very similar throw ratio to that of the AAXA, so it produces a similarly large image from the same distance, but that image is not nearly as bright: In our tests, though it projected a 62-inch image from 5 feet away, the result was noticeably washed out, and text was somewhat difficult to read. The ASUS model is small enough for you to carry it around in your bag all the time without noticing it too much—something we can't say about the AAXA or the LG—but you'll want to use it with the lights at least dimmed due to its lower light output.

After 45 hours of research and hands-on testing, we found the AAXA P300 is the best pico projector for most people. It's bright enough for both dark rooms and those with some light, it's easier to position for a large image than competitors, and it offers a better contrast ratio. If you want a quieter unit with better color (but less brightness), the LG PH300 is our runner-up. If you need a portable pick for business travel, the ASUS S1 is the way to go.

In this article: aaxa, AAXAP300, asus, ASUSS1, av, gadgetry, gadgets, gear, lg, LGPH300, P300, partner, PH300, PicoProjector, projector, projectors, S1, syndicated, thewirecutter, wirecutter
All products recommended by Engadget are selected by our editorial team, independent of our parent company. Some of our stories include affiliate links. If you buy something through one of these links, we may earn an affiliate commission.