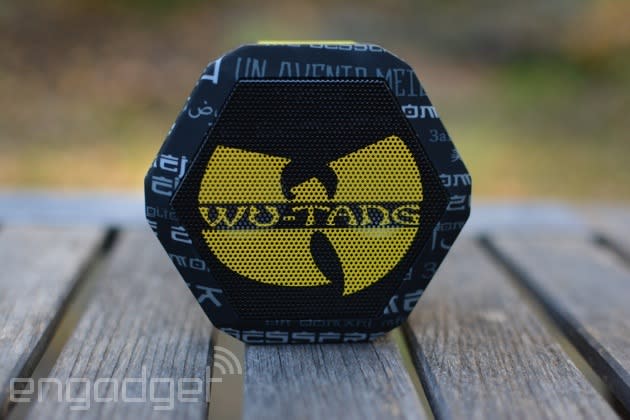 Back in October, the news broke that Wu-Tang Clan's A Better Tomorrow would initially be released preloaded on a limited-edition Bluetooth speaker. RZA worked with Boombotix to iron out the details on the special version of the Boombot Rex. A second edition of the gadget is now on the way for those who missed out the first time, allowing fans to once again possess the music like we did in the days of buying physical albums. What's more, his work with Boombotix is ongoing, with new products (like the just-announced Rex+) and more artist collaborations in the works. RZA stopped by to chat with us about the unique distribution system, why he's drawn to these compact speakers, and the process of recording that new album.

In this article: abettertomorrow, audio, av, boombotix, boombotrex, boombotrex+, ces, ces2015, entertainment, interview, rza, speaker, TL17NTFW, video, wu-tangclan, wutangclan
All products recommended by Engadget are selected by our editorial team, independent of our parent company. Some of our stories include affiliate links. If you buy something through one of these links, we may earn an affiliate commission.