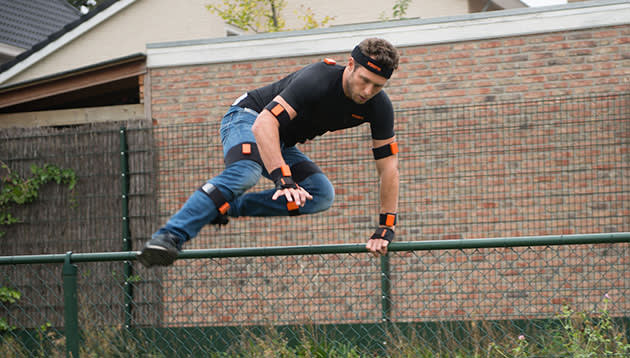 Stone-cold bad guys don't worry about lie detectors, because they can only suss out fibs 60 percent of the time -- not much better than someone without one. But there's a new hope for cops. Scientists at the University of Cambridge have used full-body motion capture suits to cajole the truth at a much better clip. They put 90 volunteers in $12,000 Xsens mocap suits, and had them lie to other volunteers. By tracking joint displacements, their algorithms could pick three out of four liars -- a much more useful result for law enforcement. One researcher said "put simply, guilty people fidget more... independent of cultural background, cognitive load and anxiety." The team thinks it can fine tune it for even better accuracy, so police may one day be squeezing perps into skin-tight suits rather than finger sensors.

Via: IT World
Source: University of Cambridge (1), (2)
In this article: LieDetector, MotionCapture, Polygraph, UniversityofCambridge, XSens
All products recommended by Engadget are selected by our editorial team, independent of our parent company. Some of our stories include affiliate links. If you buy something through one of these links, we may earn an affiliate commission.