Security flaws could open body cameras up to hacks 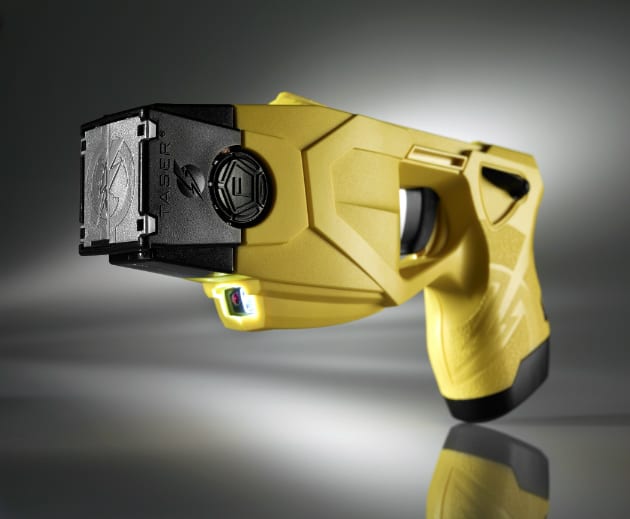 Remember those 7,000 body cameras that Los Angeles Mayor Eric Garcetti promised to buy for local police officers this year? Well, now the LAPD has ordered more than 3,000 Tasers that can activate them automatically as soon as the safety is flicked off. The police department has opted for the Taser X26P, a "smart" weapon unveiled two years ago, to refresh 2,270 of its older stun guns. A second order will introduce a further 860, all of which are designed to work in parallel with Taser's AXON body cameras. As Reuters reports, later this year the LAPD will be able to pair the two over Bluetooth so that, in theory, there's a video recording every time an officer fires a Taser. The weapon itself can also record important information about each incident, such as the date, time and duration of each shock. As tensions grow around officer misconduct in the US, it's hoped the tools will provide greater transparency and accountability, in particular as evidence in court.

Via: Reuters, The Verge
Source: Taser
In this article: bodycameras, ericgarcetti, police, Taser, WearableCamera
All products recommended by Engadget are selected by our editorial team, independent of our parent company. Some of our stories include affiliate links. If you buy something through one of these links, we may earn an affiliate commission.