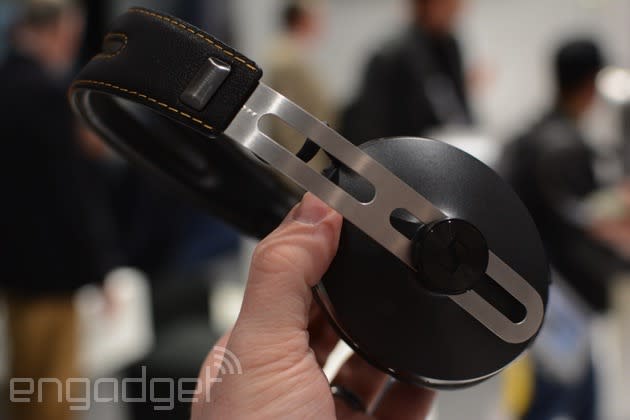 Since its introduction in 2013, Sennheiser's Momentum line headphones have added not only new color options, but on-ear and in-ear models, too. During that time, I've been quite impressed by the cans and their clear and balanced sound. At CES, wireless versions of the over-ear and on-ear gadgets made their debut, and when the news hit, I immediately wondered if the Momentum Wireless would be better than the original. After trying them out, I can confidently say that Sennheiser has made a good thing even better.

Not only is there a wireless duo now, but also the wired set got the redesign as well. While the new folding construction is the obvious addition, the over-ear cans actually have larger earcups and a bit more cushioning, to boot. Those latter two adjustments have improved the comfort, and despite packing all the tech that's necessary for Bluetooth aptX connectivity, these headphones didn't gain a lot of added weight, either. In fact, they still feel light. If you were a fan of the current build quality, the company once again went with leather and stainless steel. The sound is tuned just like the original Momentums too, including active noise cancellation with five built-in mics monitoring ambient noise. If it ain't broke, don't fix it, right? 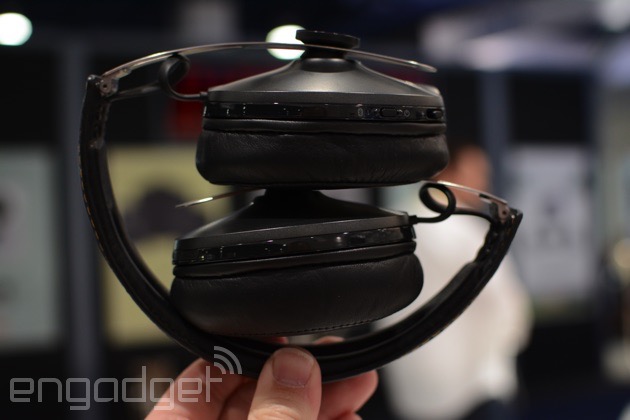 Like I said, the sound hasn't changed from version 1.0, but that's not a bad thing. Sennheiser is one of a handful of headphone manufacturers that have aimed for a balanced sound and hit the mark. Bass is there, but it plays its role rather than being obnoxious. The audio quality is also quite clear, which means you'll be able to hear all of that instrumentation, and when the folks nearby start to get loud, the noise-cancellation tech should help maintain the clarity. That all looks good on paper, and while the headphones do perform admirably, the Momentum Wireless over-ears that I test drove will retail for around $500. It'll be a sizable hit to your wallet if you want a pair. As for me, though, I'm going to have a hard time not parting with those funds.

In this article: activenoisecancellation, aptx, bluetooth, ces, ces2015, hands-on, headphones, momentum, momentumwireless, noisecancellation, sennheiser
All products recommended by Engadget are selected by our editorial team, independent of our parent company. Some of our stories include affiliate links. If you buy something through one of these links, we may earn an affiliate commission.