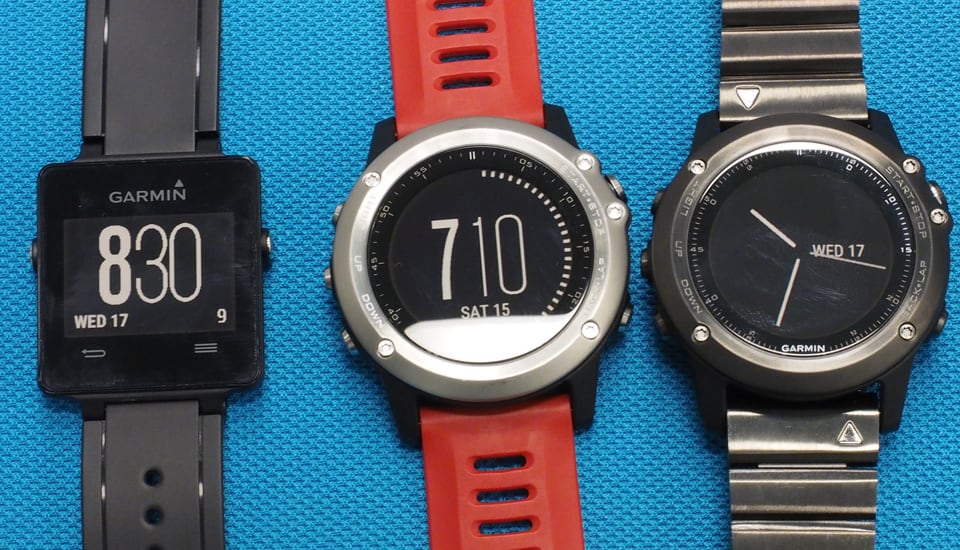 When I talk about an industry maturing, I don't mean "getting old" so much as facing a different set of challenges. For instance, a year ago, the wearable and fitness section of CES occupied a few hundred square feet. In 2015, the two categories had taken over almost half of the cavernous Sands Expo hall here in Las Vegas. That means that there are plenty more companies trying to get in on the action, but also that those that make the devices are starting to move beyond just making technology for marathon runners.

A big focus this year has been on making wearable technology much more attractive, and French company Withings has achieved this rather spectacularly. Rather than producing a primary-colored, chunky, plastic wristband, the company baked its activity-tracking know-how into a Swiss watch-styled Activité late last year, and rocked up at CES with a much cheaper version for the mainstream. This focus on design will help to undermine the reputation of fitness devices as being unattractive.

One of the downsides of a mature market is that plenty of challengers try their hand at besting the incumbent players. Wandering the halls of the convention center this year, I saw plenty of unspectacular hardware from "me too" companies trying to convince you that their version of a Fitbit was worthy of your cash. Remember the legal skirmishes that have dogged smartphone makers for the last few years? We're not too far away from seeing similar battles here, I'm sure.

Thankfully it's not all bad news, since companies are now realizing that wearable technology doesn't mean "stuff you put on your wrist." For years, Dr. John Rogers at the University of Illinois, amongst others, has been working to create a temporary tattoo that could be used to monitor hospital patients. The idea being that, rather than hooking people up to ECG machines, a device the size of a Band-Aid could push the data straight to the hospital's cloud. We're nowhere near that point just yet, but this year's CES saw the first few companies take that idea and run with it at the show.

When Misfit CEO Sonny Vu talked (on our stage) about how wearable technology would be a big part of the baby market, it was eerily prescient. 2015 was the year that we saw TempTraq announce its Bluetooth patch that pushes a person's temperature straight to a smartphone. While intended to save you from disturbing a sleeping baby, it's suitable for people of any age, and if it gets FDA approval, we could begin to see this in hospitals. Another similar product is VivaLnk's NFC-based thermometer, which requires you to just tap your smartphone onto the skin sensor to instantly check their vitals. Given that this latter product could come to the market for as little as $15 for a pack of three means that it's not impossible to think that parents could be using this within the next 12 months.

Both of these technologies are simple compared to AmpStrip, an adhesive patch that's designed to stick onto your chest and push your vital signs to your smartphone. It's been cooked-up as an activity tracker for people who don't want to wear something on their wrist. That's almost as exciting as XelfleX, a smart shirt from British R&D firm Cambridge Consultants that uses fiber optic cabling to track every part of your body's movement in real time. Other available smart shirts just enable you to leave the heart-rate monitoring strap at home, but imagine if this becomes a real product -- people can fire their personal trainer and use their app to shed those extra pounds.

Of course, one product that looms long like a shadow over everything here at CES isn't even here: the Apple Watch. In fact, the Cupertino wearable isn't going to be released for another few months, but that hasn't stopped a Chinese outfit from knocking-out a plausible-looking clone of the device. The more things change, eh?

In this article: CES, CES2015, Fitness, Wearable Technology, Wrap-Up
All products recommended by Engadget are selected by our editorial team, independent of our parent company. Some of our stories include affiliate links. If you buy something through one of these links, we may earn an affiliate commission.