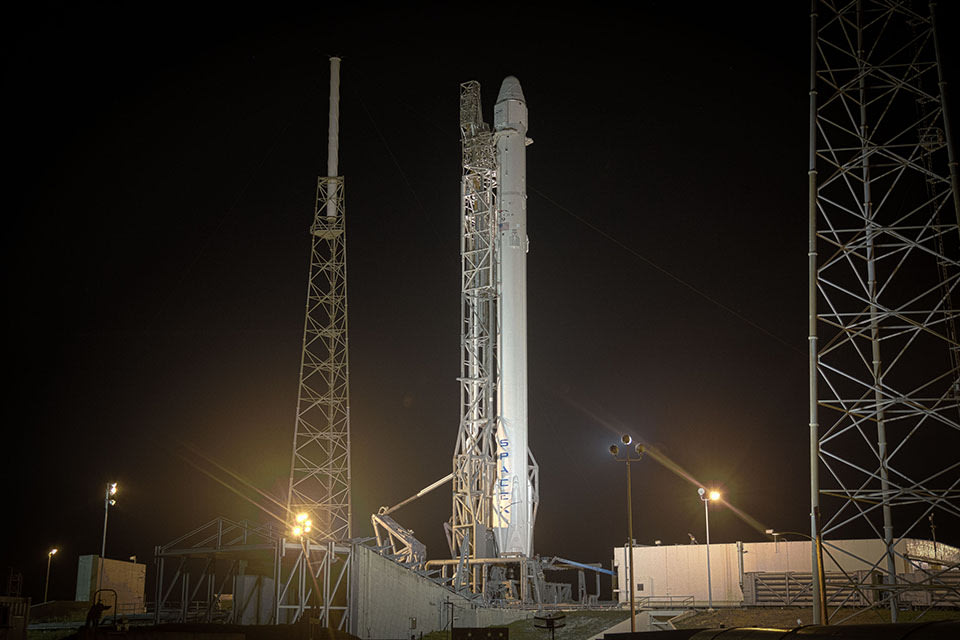 Very soon at around 6:20 4:47 AM EST today SpaceX will launch one its mighty Falcon 9 rockets carrying a Dragon capsule, weather permitting. "Big deal!" you may well say. "What's another rocket launch?" We're sure you're not that jaded (they're all amazing) but this one is pretty special. After the Dragon is up and away doing its thing (carrying ISS cargo, to be exact), the 14-story tall first stage will attempt to make a precision landing on an ocean platform only 300x100 feet in size. Though the Falcon 9 has touched down on the ocean before, this is the first precision barge landing it'll make. Even the normally brash Musk said "the odds of success are not great -- perhaps 50 percent at best." That makes things extra exciting, so grab your popcorn and check the video below.

Update: the Falcon 9 launch and recovery has been aborted, apparently due to some kind of issue with the second stage. The next launch window could be as early as this Friday.

Update (01/10/15) by Mariella Moon: SpaceX is on track to launch the Falcon 9 rocket in a few minutes and then land the first stage on a barge when it makes its way back down. If all goes well, Elon Musk will finally be able to party at Cocoa Beach today.

Update (01/10/15) by Mariella Moon: The launch was a success! Well, sort of. Dragon 9's first stage landed too hard on the barge, but Elon Musk says it "bodes well for the future."

Rocket made it to drone spaceport ship, but landed hard. Close, but no cigar this time. Bodes well for the future tho.

Source: SpaceX
In this article: barge, ElonMusk, Falcon9, SpaceX, video
All products recommended by Engadget are selected by our editorial team, independent of our parent company. Some of our stories include affiliate links. If you buy something through one of these links, we may earn an affiliate commission.