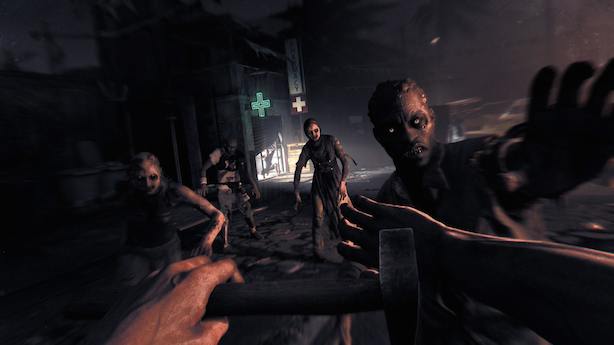 Dying Light is scheduled for an outbreak on January 27 in North America, but it could take a bit longer than that to make contact with physical copies of Techland's zombie survival game in other regions. A post to the game's official Facebook page notes that a "short delay" in the distribution of Dying Light's disc-based copies will be suffered in Europe, the Middle East, Africa, Asia and Australia.

"As physical production has a longer lead time than digital there is some delay in the aforementioned territories," the update reads. "We will share information on the availability of physical copies as soon as it is confirmed." The post also states that Dying Light will see a "global digital release" on January 27, but Steam stores in multiple regions still list a launch date of January 30.

If you both prefer physical copies of games and optimism, this means you've got more time to stock supplies and outline truces with fellow survivors. Be mindful of your picks though, lest a member of Team Not Dying switch sides and take a bite out of you in Dying Light's player-vs-player mode.

Update: This post has been updated to note the January 30 release dates listed on Steam.
[Image: Techland]

10
Via: VideoGamer
Source: Facebook
In this article: microsoft, pc, playstation, ps4, techland, Warner-Bros-Interactive, xbox-one
All products recommended by Engadget are selected by our editorial team, independent of our parent company. Some of our stories include affiliate links. If you buy something through one of these links, we may earn an affiliate commission.