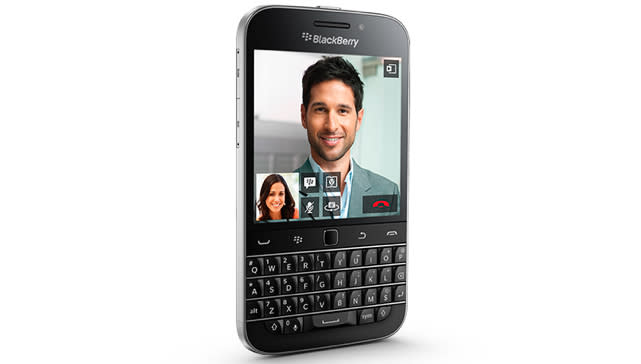 BlackBerry is doing its best to mount a comeback in the face of overwhelming competition from iOS and Android devices. The BlackBerry Classic is a step in the right direction, but the fact remains that app support is a huge problem, and porting apps to BlackBerry's platform just isn't a high priority for, well, basically anyone. But rather than letting the market dictate what devices are the most important to support, BlackBerry CEO John Chen is hoping regulators will step in and force companies like Apple to make its exclusive apps available on all platforms.

No, I'm not kidding -- Chen wants Apple to make iMessage a standalone app on non-Apple platforms, including BlackBerry.

Chen even goes so far as to say companies like Apple and Netflix are "discriminating against BlackBerry customers" by failing to make their services available universally across all platforms. Of course, Chen is in a great position to make such accusations thanks to the fact that BlackBerry brought its once-exclusive BBM messaging service to iOS and Android in 2013. That said, it's hard to imagine BBM would have ventured across the aisle if BlackBerry wasn't horrifically desperate for the tech crowd to consider BlackBerry a legitimate option whatsoever, so take Chen's perceived openness with a massive boulder of salt.

In this article: apps, bbm, blackberry, imessage, messaging
All products recommended by Engadget are selected by our editorial team, independent of our parent company. Some of our stories include affiliate links. If you buy something through one of these links, we may earn an affiliate commission.