See how the Moto X is made (video) 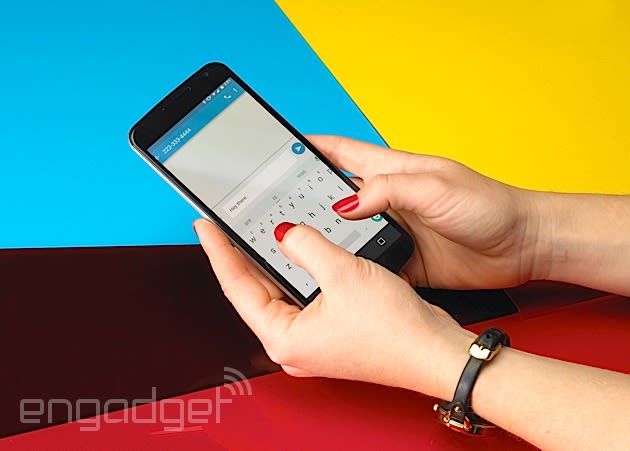 Motorola's Nexus 6 almost had a fingerprint sensor, but Apple spoiled the idea. In an interview with UK newspaper The Telegraph, former CEO Dennis Woodside (who now leads Dropbox) reveals that the handset's dimple was supposed to play home to a discreet recessed sensor, but its supplier couldn't meet its quality demands. "Apple bought the best supplier," Woodside explains, "so the second-best supplier was the only one available to everyone else in the industry and they weren't there yet." At least Moto didn't just, y'know, throw one in anyway.

We've known about Google's ambitions to match Apple's TouchID with its own fingerprint solution since December. An Ars Technica investigation of the Nexus 6's firmware revealed support for the feature was removed late in the development cycle -- presumably when Motorola worked out the sensor wasn't up to scratch. Apparently, there was an API that all Android devices and developers could tap into, opening the door to things like payment authentication and app security measures. Given the work that Google's already put into this, dont' be surprised to see such features coming to Android soon.

Source: The Telegraph
Coverage: Ars Technica
In this article: dennis woodside, fingerprint sensor, google, mobilepostcross, motorola, touchid
All products recommended by Engadget are selected by our editorial team, independent of our parent company. Some of our stories include affiliate links. If you buy something through one of these links, we may earn an affiliate commission.