On Friday, Alex Albrecht from ZergID and formerly of the Totally Rad Show headed up a PAX South panel about the social side of MMOs, inviting Patrick Mulhern from Lorehound, Jenesee Grey from Camelot Unchained, and me to join to discuss community in MMOs and why it's seemed so absent in recent years. Meg Campbell from YouTube moderated the panel discussion, calling us the PAX MMO guild.

I admit that I considered naming this piece, "How Star Wars Galaxies did everything right and World of Warcraft did everything wrong" because I am obviously biased. But I really was completely surprised at how much SWG came up during the panel. Many former Galaxies players will tell you that there was a lot about that game that was pure crap, but when you talk about the social implementations of SWG, there just aren't many games that compare. 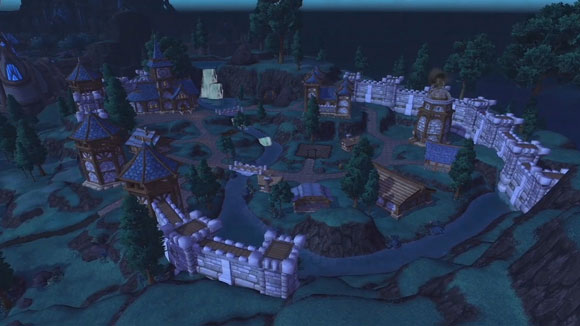 Alex began by talking about sitting in his garrison in World of Warcraft: Warlords of Draenor, asking himself, "Where is everyone?" Why would he need other players to help him out? Players can literally do everything that they would like to do without ever leaving their garrisons.

If you're one of my long-time followers, then you'll remember a post I did for the Hyperspace Beacon when BioWare announced that banks would be located on our personal starships. In that post, I questioned whether that might turn Star Wars: The Old Republic into a lobby type of game. In fact, that is exactly the way that Alex described the garrison experience: "I no longer feel that I'm in an MMO. I feel like I'm in a co-op game with my friends."

"You don't need your professions anymore," Patrick jumped in during conversation on the stage. "Everything is in the garrison if you want it to be, even the ones you had. No, you don't need anyone. So I don't need to ask you alchemy ingredients because I can just get my own now."

There are 11 million people playing the game, the WoW players on the panel argued, and there is no compelling reason to interact with any of them. But I don't think it's fair to say that it's the only MMORPG where this lack of interaction takes place. What can be done to fix it? I think that the panel drilled it down to two big areas: less hand-holding and the economy of the game. 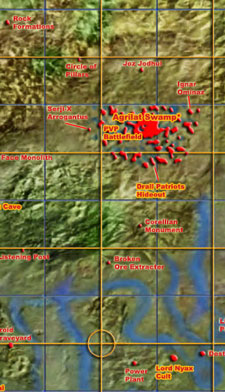 I don't wanna hold your hand

Alex mentioned a situation in WoW involving a boat; he described the boat as garnish: "the cilantro on the guacamole." I'm not making that up. But the point was that the boat was just something to decorate the scene. But on the boat was a note. That note led to a series of buoys that led to the a final note, which described "it" being hidden on the bottom of the ocean and that no one would ever find it -- at least, no one other than the people who followed the trail of notes the writer left for himself.

This led the panelists to wonder how much hand-holding is too much hand-holding. Is there was actually any reason to go out to socialize with anybody in a game world where we're walked through every difficulty? Patrick then gave an example from his childhood, using the Legend of Zelda as an example, saying, "How do I get through this stupid forest?" Without a tutorial, he had to rely on his friends to help him out.

Jenesee stepped in to bring up the point that even the leveling process can help play into gamers looking to find other people to help them out: "If leveling is really difficult and you need someone to help complete something, you're going to get that group together, especially if group finding is hard. You're going to invest in the people who are in your group. [But now] you can do most of your content solo. Why would you bother talking to a real person?"

On the other end of the spectrum, some developers ensure the mechanics of the game are too difficult or too time consuming for people who bother with. For instance, WildStar's attunement process, the panel agreed, was too much, and WoW's garrisons were too little.

"The treasures in the world are awesome," Alex said, "Then you can get a buff that shows you were they are? OK..." It becomes less fun and less interactive. 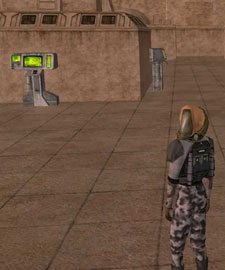 Jenesee mentioned how Camelot Unchained won't have an auction house because that promotes interaction within the game. Alex agreed that the auction house itself tied into the whole idea of the panel. "I don't care who made the armor I'm wearing," he said, "I don't care who made the potion I drank, as long as it's the cheapest." However, a game like Elder Scrolls Online barely has anything that you can even call a vendor for player wares, let alone an auction house. Where is the line there?

I've brought it up before, and I believe the panel agreed, that there is a middle ground. That's where Star Wars Galaxies became relevant to our discussion again. Players could place items on the auction house, which was called the bazaar, but there was a credit cap. That meant items like doctor's buff packs and other items that were worth more than the cap had to be sold on vendors. Thanks to a patch well into the game's life, eventually players could search all the vendors in the galaxy through the bazaar terminal in towns, but players had to go to the player-run vendor to actually purchase the item.

That system was layered on top of a crafting system that made crafted items unique by allowing players to name them and experimentat on their stat layouts, all of which combined to inspire player interaction and even loyalty. Alex told a quick story about how he had run into a guy in Star Wars Galaxies who stopped him to say, "Hey, I made that armor!" To which he replied, "Hey, I bought your armor! It saved me from a Krayt Dragon."

It was a simple exchange, really, but sometimes the simple things make an MMO seem bigger than a place where you just sit in your garrison with your minions and pets.

If you'd like to hear the whole audio version of the panel, Jenesee Grey uploaded the recording to her site.

Massively's on the ground in San Antonio during the weekend of January 23rd to January 25th, bringing you all the best news from PAX South 2015. Whether you're dying to know more about Guild Wars 2's Heart of Thorns, hoping to catch a glimpse of Elite: Dangerous on the Oculus Rift, or angling for some rumors from the SWTOR cantina crawl, you can bet we'll have it covered!
In this article: activision, alex-albecht, blizzard, blizzard-entertainment, classic-mmo, con, convention, event, event-coverage, events, expo, fantasy, featured, galaxies, jenesee-grey, larry-everett, massively-event-coverage, meg-cambell, patrick-hulhern, pax, pax-2015, pax-south, pax-south-2015, penny-arcade-expo, sandbox, sci-fi, soe, sony-online-entertainment, star-wars, star-wars-galaxies, swg, swgo, warcraft, world-of-warcraft, wow
All products recommended by Engadget are selected by our editorial team, independent of our parent company. Some of our stories include affiliate links. If you buy something through one of these links, we may earn an affiliate commission.