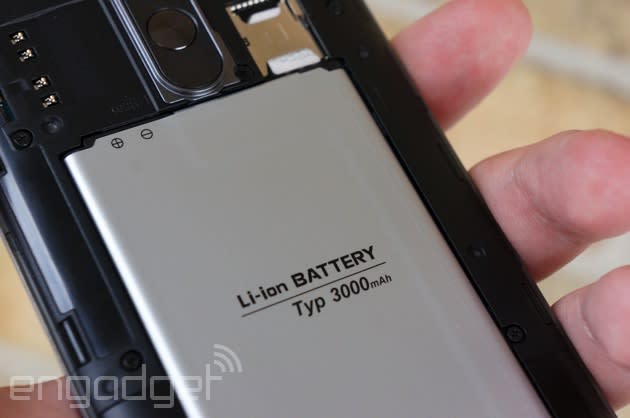 Scientists have spent a lot of time trying to lengthen battery life, but safety and thickness matter, too. Just ask Boeing about that first problem -- its 787 Dreamliner was grounded for months thanks to battery fires. However, a group of University of Michigan researchers may have found a way to make lithium-ion energy packs that are safer and slimmer at the same time. The team has developed Kevlar-based, nano-sized membranes that insulate the electrodes in a battery while still allowing lithium ions to pass through and create a proper circuit. The extra-thin layers should not only reduce the chances of short circuiting, but allow for more energy in a given space. You could get away with thinner batteries in smartwatches and other devices without giving up battery life... or worrying that your device will spontaneously combust, for that matter.

The best part? Unlike a lot of battery experiments, there's a roadmap in place for real, tangible products. The researchers have formed their own company, Elegus Technologies, and expect to mass-produce Kevlar-equipped lithium cells in the fourth quarter of 2016. It's going to be a while after that before there's something you can buy (Elegus is still in talks with other companies), but don't be surprised if your 2017 mobile gear is at once more portable and more dependable.

Source: University of Michigan
In this article: battery, energy, kevlar, lithium, lithiumion, mobilepostcross, nanofiber, power, universityofmichigan
All products recommended by Engadget are selected by our editorial team, independent of our parent company. Some of our stories include affiliate links. If you buy something through one of these links, we may earn an affiliate commission.