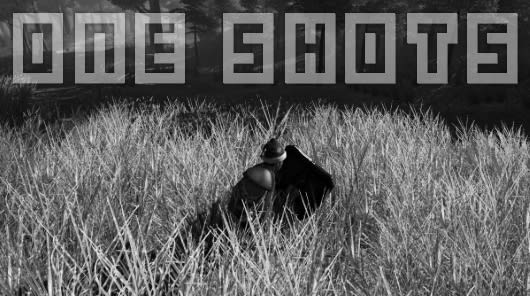 Well, this pleases me like punch: One Shots' very first Shroud of the Avatar screenshot submission! I recall thinking that this indie MMO looked so much better than I previously thought when I got my hands on it last August, so I'm glad to see Massively readers going on a photo safari in it.

Reader JohnD is responsible for this unusual sight: "Here is a shot of Johanis Lolar, who is busy adventuring. I'm not sure his Santa cap helps him blend, but he's doing his best."

I always like to assume that Santa spends his off-season lurking in weeds and ambushing stray travelers with presents, so this picture plays into that fantasy. What? I'm normal; my parents had me tested. 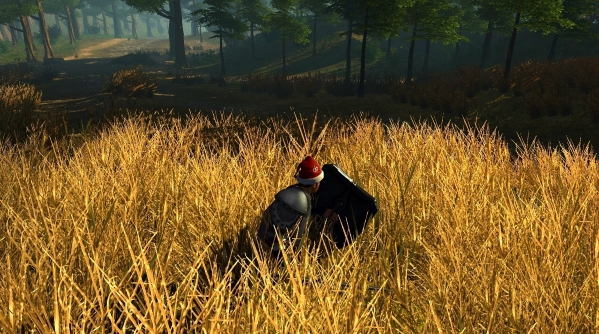 Sometimes the perfect screenshot comes in the middle of hot-and-heavy combat action. Being fast on that print screen button is vital to catch those... unusual moments, like this one.

"This is my Dragon, Skillstar," reported reader Mike, "and while doing missions near Innsmouth Academy, I just lucked into a big group fighting against Hel in the Christmas Conspiracy event for The Secret World. Naturally, I joined in, and before I knew it, I found myself fighting against a god alongside a military man in his underwear! Can you imagine being a god and getting killed by a guy in his underwear? No wonder she's so pissed! Hell, I would want to ruin Christmas too if I were her." 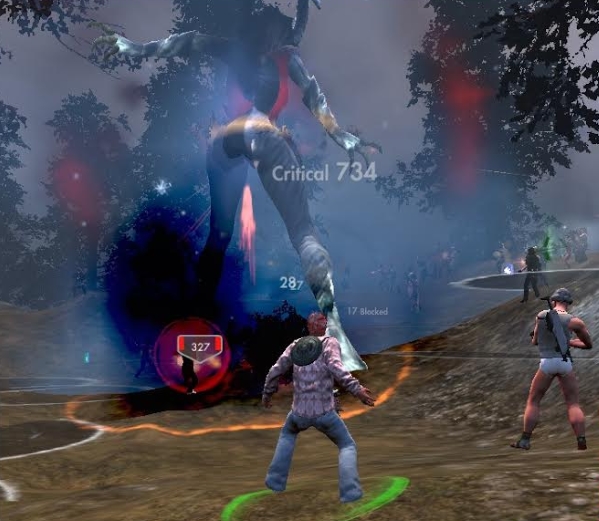 Star Trek Online continues to be a One Shots reader fave, either for its vibrant space visuals or for the pride of showing off a high-tech ship. This next screenshot from reader Jeff is the latter, and I think it captures that final frontier spirit nicely.

"Here is the U.S.S. Invictus in deep space," Jeff writes. "With only distant starlight for illumination, she takes on a lovely silvery hue." 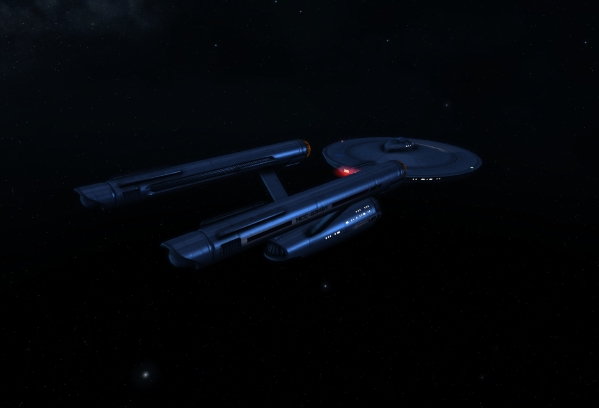 Sometimes I wish that I had a regular gaming partner the way that I see some players have. So it's perhaps with a little bit of envy that I share the following couples shot from reader Lindsay.

I'll let her set the scene: "Recently my husband and I decided to revisit Final Fantasy XIV. We had dabbled in it before but always had other games to play. Now that we are slightly bummed about the new WoW expansion, we have decided to give this game another go. Here in the forefront is my new Archer/Conjurer, and in the background is my hubby's Gladiator. This game is just absolutely beautiful. I find myself just standing somewhere staring at the view more times than not!" 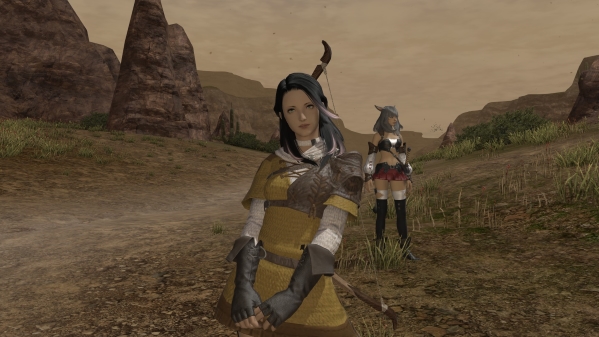 In the spirit of that last submission, our screenshot challenge of the week is to take a picture of you and a friend or family member playing together. Will we find you fighting? Dancing? Being silly? Or rotting side-by-side as good-looking corpses following a botched battle? Want to be featured in a future edition of One Shots? Send your favorite MMO screenshots to oneshots@massively.com, and don't forget to include your name, the name of the game, and a description of the scene. Large, colorful, UI-free shots that tell a story and really show off the game make for the best images. Look ma, we brought back One Shots!
In this article: bring-back-one-shots, ffxiv, final-fantasy-xiv, galleries, gallery, one-shots, pics-or-it-didnt-happen, reader-screenshots, reader-submissions, screenshot, screenshots, shroud-of-the-avatar, sota, star-trek-online, sto, the-secret-world, tsw, user-submissions
All products recommended by Engadget are selected by our editorial team, independent of our parent company. Some of our stories include affiliate links. If you buy something through one of these links, we may earn an affiliate commission.