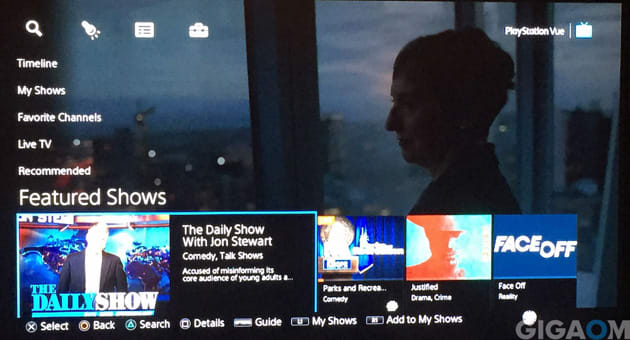 When Sony unveiled its PlayStation Vue streaming service, it painted a rosy picture of what you'll get: tons of channels! You'll never look at TV the same way again! But what's it like to use in the real world? You won't have to wait until the formal launch to find out, apparently. One early user has shared impressions with GigaOM, and the early signs suggest that it might just beat Dish's Sling TV... in certain circumstances, anyway. The interface is polished and speedy, and your viewing rights are much more consistent than what Sling TV delivers. As a rule, you can assume that you'll have the promised 28-day window to watch saved shows from a cloud DVR.

The main catch, at least in Vue's pre-release state, is the channel selection. Sony clearly chose quantity over quality. You get the big four networks (Disney/ABC, CBS, Fox and NBC) and some other majors, but you also get a ton of associated niche channels you'll likely never watch -- no, Sony, we weren't dying to stream Exits or Palladia on our PlayStation 4s. And while you do get some sports options, ESPN isn't among them. Even so, this is a promising peek at what Vue will offer when it goes live early this year. Let's just hope that the price stays down to Earth.

Source: GigaOM
In this article: hdpostcross, playstation, playstation4, playstationvue, ps4, sony, streaming, television, tv
All products recommended by Engadget are selected by our editorial team, independent of our parent company. Some of our stories include affiliate links. If you buy something through one of these links, we may earn an affiliate commission.