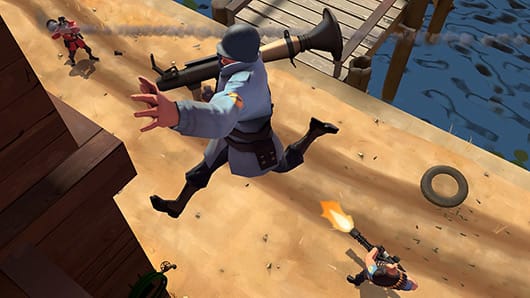 There's tidy cash to be made in designing virtual items for players on the Steam Workshop. According to a recent Valve announcement, the platform has paid out over $57 million to creators since 2011.

That figure represents items created for three of Valve's most popular games: Team Fortress 2, Dota 2 and Counter-Strike: Global Offensive. Valve claims the $57 million sum was split between 1,500 creators representing 75 different countries from around the globe. That works out to an average of $38,000 for each creator. 4
Via: Engadget
Source: Steam
In this article: mac, pc, steam, steam-workshop, Team-Fortress-2, valve
All products recommended by Engadget are selected by our editorial team, independent of our parent company. Some of our stories include affiliate links. If you buy something through one of these links, we may earn an affiliate commission.