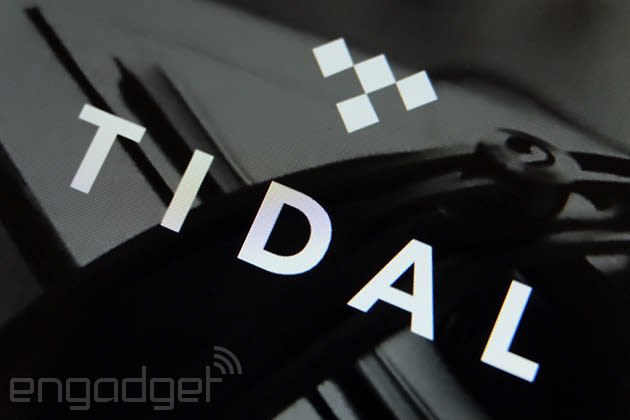 So this is something. The Scandinavian press is buzzing right now with the news that Jay Z is buying the Norwegian company behind the high-quality music streaming service Tidal. The rapper and entrepreneur made a 464 million Krona (roughly $56 million) bid which the company's reviewing board has already reviewed. It's recommending all its shareholders accept the offer.

Okay, so technically, it's actually a few steps removed: "Project Panther," a company indirectly owned by Jay Z's S. Carter Enterprises, has made a bid for Aspiro, a company that runs Tidal, and also a similar service called WiMP. While neither are a household name in the states yet, its WiMP service had over half a million paying subscribers as of last September (before Tidal launched). So it's not quite competing with Spotify or Beats Music, but it's getting there, and you'd imagine, once the deal goes through, that Jay Z will start using his popularity to raise Tidal's profile.

Regardless of the intricacies of the deal, it's clear that Jay Z wants to get into the music streaming business. His contemporary Dr. Dre made some serious money selling Beats to Apple, and the consensus among analysts is that the deal was mainly about buying the company's streaming service, rather than its admittedly lucrative headphones.

Via: Affärsvärlden (Swedish link), NRK (Norwegian link)
Source: Aspiro (Businesswire / Yahoo News)
In this article: app, aspiro, beats, jay-z, spotify, streaming, tidal
All products recommended by Engadget are selected by our editorial team, independent of our parent company. Some of our stories include affiliate links. If you buy something through one of these links, we may earn an affiliate commission.