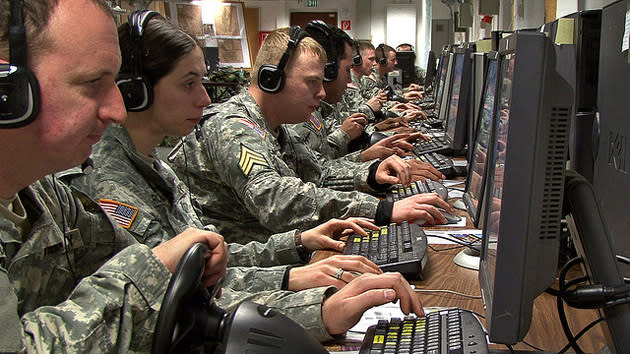 Believe it or not, the US government doesn't always keep its cyberwarfare code a secret. The Army Research Lab has quietly posted the source code for Dshell, a tool it uses to both spot and understand cyberattacks against the Department of Defense. The hope is that this open-door policy will not only help other countries and companies defend against hackers, but help improve the US military's own safeguards -- if you have a knack for digital security, you could spot flaws or offer improvements.

Only a handful of people have used the code so far, but the Army's William Glodek expects to see a diverse group contributing to the software within a matter of months. He's also looking for more projects that could get similar treatment. It's doubtful that this open-sourcing effort will ever be as popular as a big Linux distribution. However, popularity isn't the point -- it's more important as a shift in policy that could see the American military working with the internet community to fight threats, rather than focusing solely on its own interests.

In this article: army, code, cyberdefense, cyberwarfare, dshell, github, internet, opensource, security, usarmy
All products recommended by Engadget are selected by our editorial team, independent of our parent company. Some of our stories include affiliate links. If you buy something through one of these links, we may earn an affiliate commission.