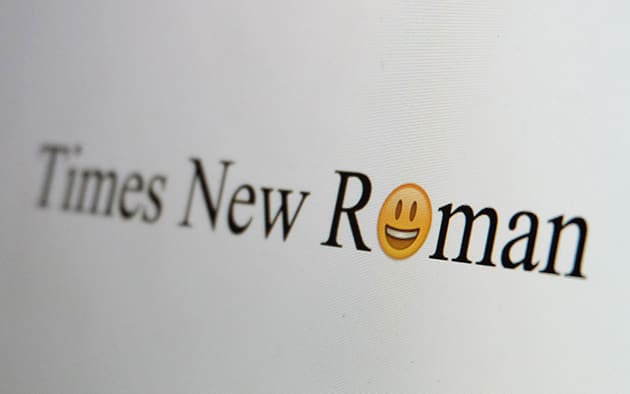 Monotype just bought Swyft Media. Or, a company you probably haven't heard of just bought a company you probably haven't heard of. Monotype, for the uninitiated, is a company that helped revolutionize typesetting at the latter end of the 19th century, and owns typefaces you probably see every day like Helvetica, Times New Roman and Franklin Gothic. And Swyft? It's a startup that creates stickers and emoji. Recently profiled by Fortune, it works with brands to create custom sticker packs for apps like Facebook Messenger and Line. At first glance, an emoji advertising firm and a historic type company might seem an odd couple, but given the rate that stickers are replacing our written words, perhaps it's money well spent. The deal could (according to TechCrunch) cost Monotype up to $27 million -- a small price to pay for staying relevant in our emoji-filled future.

Via: TechCrunch
Source: Swyft Media
In this article: acquisition, emoji, font, franklin gothic, helvetica, monotype, stickers, swyft media, times new roman, typeface
All products recommended by Engadget are selected by our editorial team, independent of our parent company. Some of our stories include affiliate links. If you buy something through one of these links, we may earn an affiliate commission.