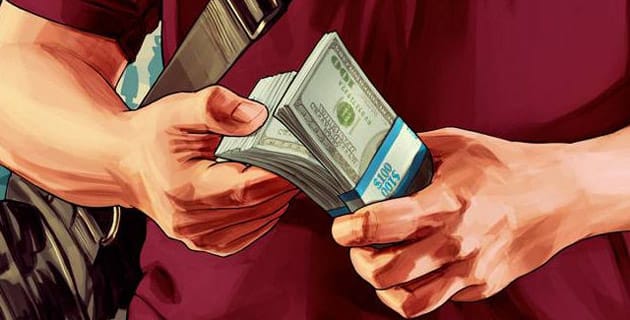 Rockstar has sold 10 million copies of Grand Theft Auto V for PlayStation 4 and Xbox One to retailers over the past two-and-a-half months since the game came out for those consoles. Sure, that's nowhere near the 11.21 million units the studio sold within 24 hours for the PlayStation 3 and Xbox 360 (Rockstar earned $1 billion within three days that time, folks) in 2013. But an additional 10 million units for the next-gen consoles despite an earlier release still sounds impressive, assuming they're not just rotting away in storage. This means Rockstar has shipped 45 million GTA V units to retailers in all, even before the PC version (due out on March 24th) is released.

Thus far, the game has surpassed the performance of its predecessors Grand Theft Auto: San Andreas and Grand Theft Auto IV, becoming one of the best-selling games of all time. The game's bundled release with the PS4 might have helped pad that number, or fans might have bought one copy for each generation. So, we've got to ask:
Source: IGN
In this article: GrandTheftAuto5, GrandTheftAutoV, GtaV
All products recommended by Engadget are selected by our editorial team, independent of our parent company. Some of our stories include affiliate links. If you buy something through one of these links, we may earn an affiliate commission.