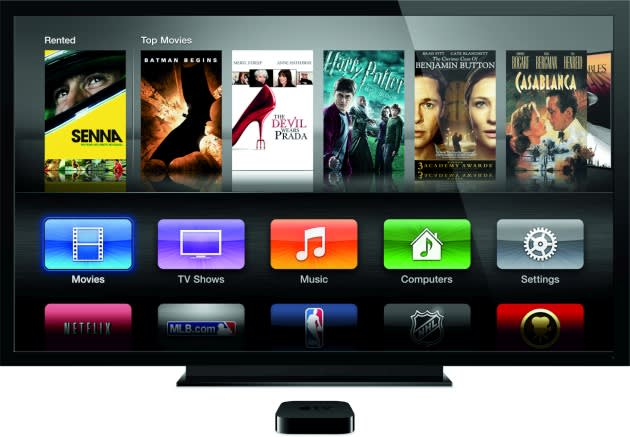 It's been about six months since we heard significant rumors about Apple + television and as predicted, here they are again. Re/code is hearing whispers that instead of trying to work with pay-TV companies like Time Warner Cable or Comcast, Apple will have its own over-the-top streaming service in the vein of the just-launched Sling TV, or upcoming services from Verizon and Sony. The rumor suggests Apple will license content directly from programmers, although its last go-round of negotiations suggesting a split in advertising revenue was not well-received. That similar services exist now certainly gives this round of rumors a shot in the arm, but Apple has been considering its next move in the living room for years without doing much. CEO Tim Cook mentioned last week that sales of the Apple TV have crossed 25 million units, and as usual the world is wondering what the company will do with its "hobby." As always, until something is actually announced my advice is to remain skeptical.

Source: Re/code
In this article: apple, AppleTV, hdpostcross, playstationvue, rumor, slingtv, streaming
All products recommended by Engadget are selected by our editorial team, independent of our parent company. Some of our stories include affiliate links. If you buy something through one of these links, we may earn an affiliate commission.