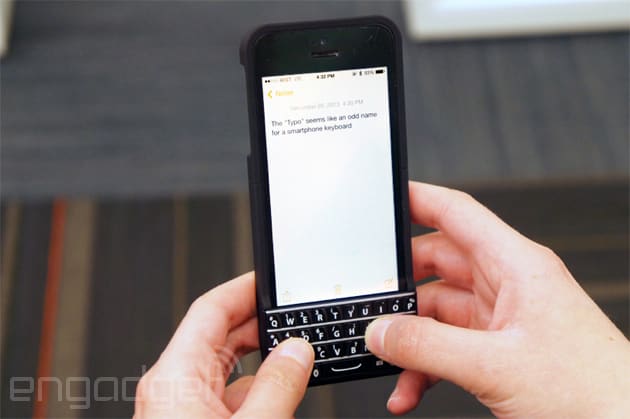 Apparently, BlackBerry took Typo to court again (and won), but not because of the latter's new product, if that's what you were thinking. A federal judge has just ruled in favor of the Canadian phonemaker after it accused Typo of making at least two bulk sales of its original BB-like physical iPhone keyboard (even processing 100 warranty replacements) despite an injunction banning it from the market. If you recall, BlackBerry sued the Ryan Seacrest-backed company due to its uncannily similar QWERTY keypad and won an injunction against it in March. The judge has ordered the accused to pay $860,000 for the violation, but the phonemaker originally wanted $2.6 million plus its lawyer's fees, so Typo really got off easy.

A company representative told Recode that this "has no impact on the Typo 2 product currently in the marketplace or [their] other planned product releases for the tablet." So, you should be able to get a Typo 2 with no issues, though you might want to grab one soon, because (let's be real here) it still looks like a BlackBerry keyboard.

Source: Recode
In this article: apple, blackberry, keyboard, law, lawsuit, mobilepostcross, typo, typokeyboard
All products recommended by Engadget are selected by our editorial team, independent of our parent company. Some of our stories include affiliate links. If you buy something through one of these links, we may earn an affiliate commission.