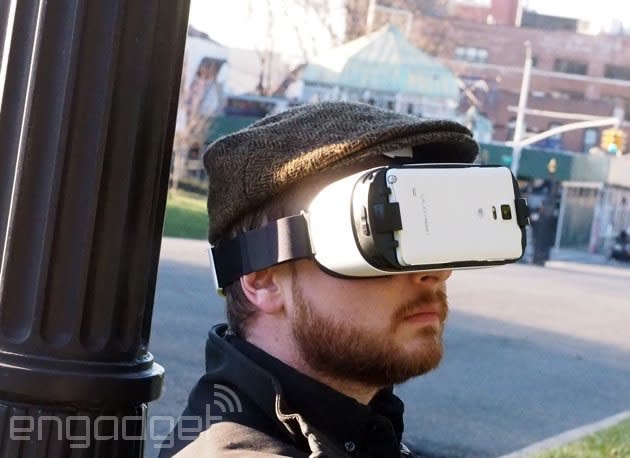 One of the biggest obstacles to buying Samsung's Gear VR is... well, trying the darn thing. How do you know whether or not you'll like this phone-powered virtual reality headset without strapping it on your head first? That won't be too much of a problem in the near future, so long as you live in the right areas. Best Buy is rolling out Gear VR demos to 100 retail stores across the US, starting on February 8th. If you can pay a visit, a staffer will give you a whirlwind tour of the wearable that should help you make an informed decision. Just don't expect to buy the device then and there, no matter how much you're enamored by it -- despite the in-store showcase, you'll still have to visit an online store to bring a Gear VR home.

In this article: bestbuy, display, gearvr, headset, mobilepostcross, retail, samsung, smartphone, virtualreality, vr, wearable
All products recommended by Engadget are selected by our editorial team, independent of our parent company. Some of our stories include affiliate links. If you buy something through one of these links, we may earn an affiliate commission.