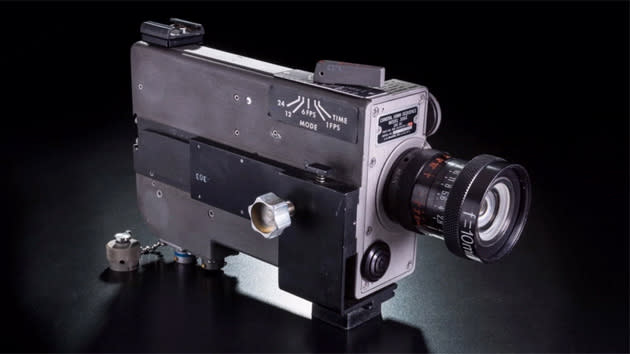 If you were the first to set foot on a celestial body, wouldn't you keep a few mementos from the trip? The great Neil Armstrong certainly did -- including one of the most important gadgets in recent history. The Smithsonian National Air & Space Museum has revealed that the astronaut stored numerous items from the Apollo 11 moon landing in a closet at home, the highlight of which is undoubtedly the 16mm Data Acquisition Camera used to record the iconic moment he reached the lunar surface. Armstrong apparently held onto the camera and other "odds and ends" (as he told Mission Control) on the way back to Earth, and never mentioned them when he returned. Thankfully, you won't have much trouble seeing some of these artifacts in the near future. They're part of an exhibit at the museum, so you only have to book a trip to Washington, DC, by June 8th to see some of the technology that defined early space travel.

In this article: apollo, apollo11, camera, history, moon, moonlanding, museum, nationalairandspacemuseum, neilarmstrong, smithsonian, SmithsonianNationalAirAndSpaceMuseum, space, spaceflight
All products recommended by Engadget are selected by our editorial team, independent of our parent company. Some of our stories include affiliate links. If you buy something through one of these links, we may earn an affiliate commission.