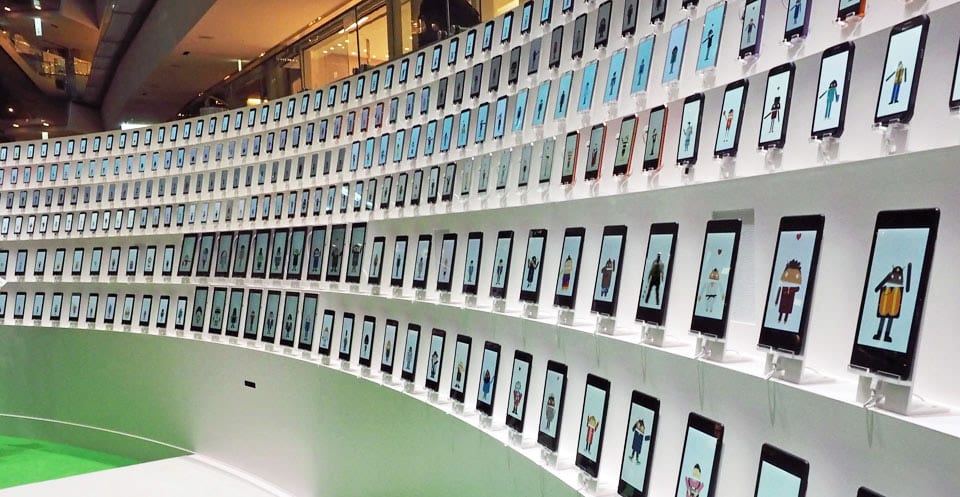 In the hope of drawing attention to its Androidify app (and the fact that you've been able to make your own for almost four years now), Google programmed 300 devices (and their Android character) to 'sing' (and flail the limbs around, roughly in time, in the middle of a classy shopping center in upscale Omotesando, Tokyo, Japan. Like a bonafide real chorus, the devices were separated out into parts, though we could also pick out a smattering of beatboxing droids too. If you have entirely not enough pride, you could even take a turn as a conductor, with a gesture sensor conveying your hand movements to your Google singing group. For such overtly public shaming, you were rewarded with a free Android t-shirt. The performances will continue through this Valentine Day weekend, and it will all sound a little something like this:

Source: Google Japan (Japanese)
In this article: android, androidchorus, androidifiy, androidify, chorus, google, googlechorus, googlejapan, hands-on, japan, mobilepostcross, singing, video
All products recommended by Engadget are selected by our editorial team, independent of our parent company. Some of our stories include affiliate links. If you buy something through one of these links, we may earn an affiliate commission.