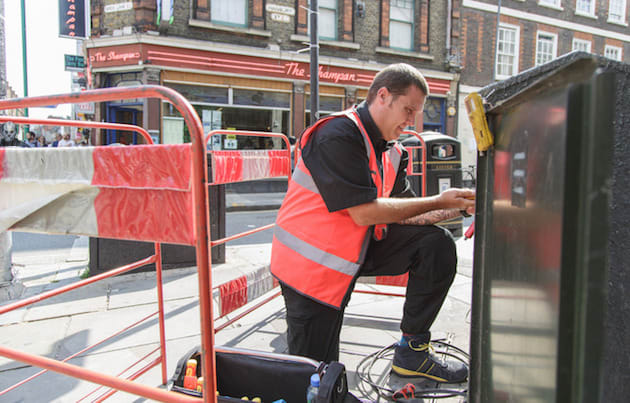 While Virgin Media has consistently beat BT's broadband speeds, the cable supplier's growth has been hampered by availability. BT's copper and fibre networks blanket most of the UK, whereas Virgin Media's coverage remains limited to specific towns and cities. In August, it said it would connect 100,000 more London homes as part of its biggest ever expansion, but it appears that was just the start. Today, with help from its parent company Liberty Global, Virgin Media announced that it will invest £3 billion to bring its services to 4 million more British homes and businesses.

It's all part of "Project Lightning," a new initiative that aims to bring Virgin Media's 152MB broadband to customers for the first time. It'll boost the company's footprint by roughly a third, ensuring almost 17 million Brits can choose to install its services by 2020. For those who have already subscribed, Liberty Global also intends to begin trialling DOCSIS 3.1, the next-generation of cable networking, across Europe later this year, meaning that speeds could reach 10Gb in the future. With Sky, BT and TalkTalk all investing heavily in quad-play packages, which include broadband, phone, TV and mobile, Virgin Media can't afford to be left behind by its competition. Today's announcement shows it's ready to spend big to grow its customer base, using technology that none of its rivals can piggyback on.

Source: Virgin Media
In this article: broadband, bt, cable, liberty global, uk-feature, virgin media
All products recommended by Engadget are selected by our editorial team, independent of our parent company. Some of our stories include affiliate links. If you buy something through one of these links, we may earn an affiliate commission.