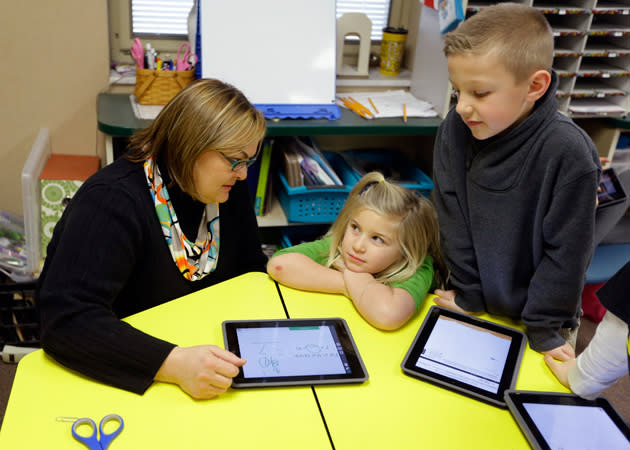 Los Angeles' one-time dream of giving every student an iPad (or any device, for that matter) just got dashed. The city's school district superintendent, Ramon Cortines, tells the press that he doesn't believe LA "can afford" gadgets for each student. Instead, schools will fall back on a more conservative model that doles out hardware when kids need it for lessons and tests. The move is unfortunate if you like the idea of young learners having their own laptops and tablets, but there's no question that reviving earlier plans would have been daunting. The iPad effort was going to be expensive ($1.3 billion, at last count), and it ran into problems with misuse almost as soon as it began. Cortines suggests that the initiative reduced education to a "gimmick of the year" -- to him, device programs have to be sustainable.

In this article: apple, education, ipad, kids, la, laptop, losangeles, school, students, tablet, teachers
All products recommended by Engadget are selected by our editorial team, independent of our parent company. Some of our stories include affiliate links. If you buy something through one of these links, we may earn an affiliate commission.