Proposed privacy bill protects industry more than it does people 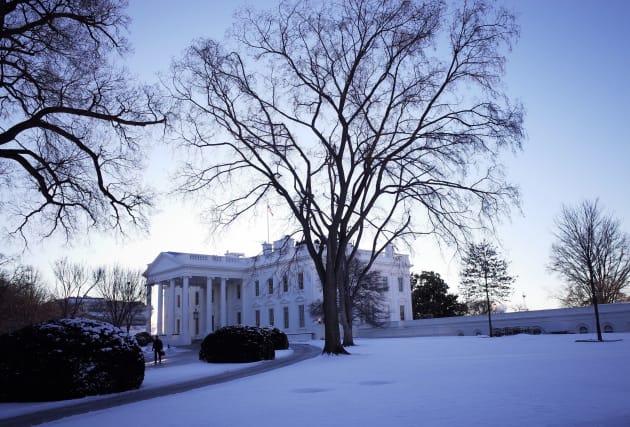 If the return of Frank Underwood stoked a thirst for real drama from the nation's capitol, perhaps the White House's late-Friday news dump of the proposed Consumer Privacy Bill of Rights will whet your whistle. Alongside common-sense things like Congress finding that Americans "cherish privacy as an element of their individual freedom" in the draft, are headings pertaining to transparency, individual control, security and accountability. In regards to that first one, the bill states (PDF) that companies make their policies for exactly what they do with your data readable without the need for a legalese translator. In addition to that, companies would need to disclose what they're doing with the reams of data they're collecting on all of us and comply with requests for data deletion, as well. You'd also be able to request a look at the data collected by companies. Sounds good, right? Well, as the Associated Press reports, that isn't quite the case.

Apparently, the bill has more than a few loopholes giving firms that'd rather not comply a way to opt out without consequence. Fun. This takes place in a few ways: granting the right for "industries to develop their own privacy standards," and giving start-ups a year-and-a-half wherein they're free from any punishment for wrongdoings regarding privacy. What's more, AP notes that the bill would essentially strip away some of the Federal Trade Commission's power and it wouldn't have any rule-making authority in matters because those "privacy codes of conduct" would be drafted not by the FTC, but companies themselves. So, say a company like Google could draft its own set of standards to follow that'd undoubtedly be to its own benefit, but unless it violated any of those rules, the government agency that works to protect consumer privacy would have its hands tied.

When you look at the massive swell of (mostly) support for yesterday's net neutrality rulings, it's easy to understand why the Obama administration would rather sweep this under the rug. If you believe the critics, however, then this bill might not make it far because it needs a congressional sponsor -- something The New York Times reports is unlikely to happen. From the looks of it, let's hope they're right.

Via: Associated Press
Source: White House (PDF)
Coverage: TechCrunch, The Verge, The New York Times
In this article: ConsumerPrivacy, consumerprivacybillofrights, ftc, Internet, obama, policy, politics, privacy, WhiteHouse
All products recommended by Engadget are selected by our editorial team, independent of our parent company. Some of our stories include affiliate links. If you buy something through one of these links, we may earn an affiliate commission.