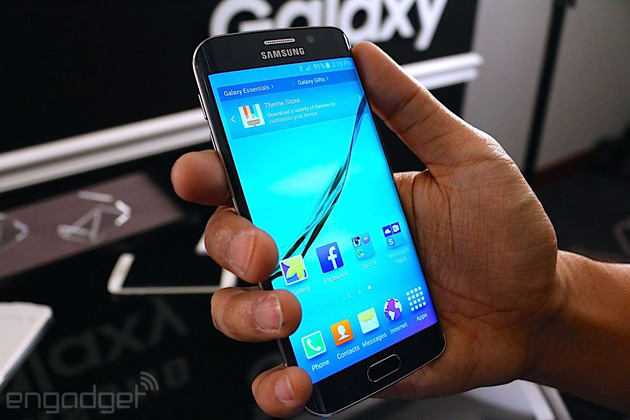 Those rumors that Samsung would reduce the glut of in-house software on the Galaxy S6 and include some of Microsoft's apps? They're at least partly true. Both the S6 and S6 edge will ship with a "Microsoft Apps" folder that currently includes OneDrive, OneNote and Skype. There's no hint of Office -- at least not yet -- but you will get 115GB of free OneDrive cloud storage for two years. You certainly won't be hurting for photo backup space, then. It's hard to say if the bundle is the direct result of Microsoft and Samsung calling a truce in their Android royalty dispute. Either way, the move is going to give Microsoft's services a lot more exposure. While they've been available on Android for some time, their absence in phone bundles has typically made it easier to lean on equivalents from the likes of Google and Dropbox.

Via: The Verge
Source: Samsung Mobile Press
In this article: android, galaxys6, galaxys6edge, microsoft, mobilepostcross, mwc2015, onedrive, onenote, samsung, skype, smartphone
All products recommended by Engadget are selected by our editorial team, independent of our parent company. Some of our stories include affiliate links. If you buy something through one of these links, we may earn an affiliate commission.