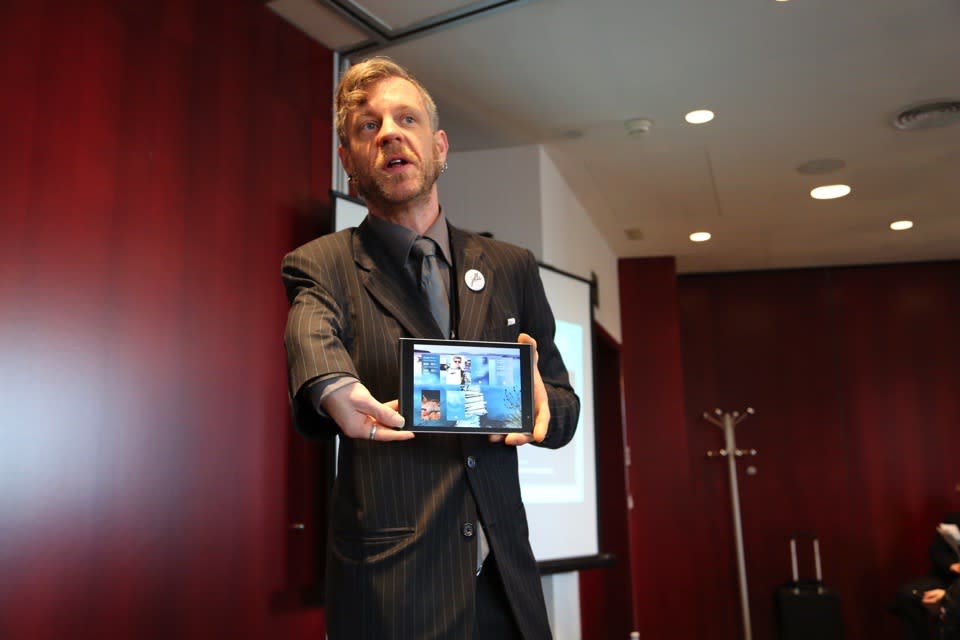 When Jolla launched its tablet on Indiegogo, it was an instant success. Today that tablet is being shown to the media for the first time at MWC. But, that's not all that the plucky mobile startup has to reveal. With the new tablet comes the second version of Jolla's Sailfish OS. Version 2.0 brings not only some features you'd expect (like easy scaling between phones and tablets -- to accommodate its new hardware), but also some new, bigger-picture additions like support for Intel's Atom x3 chipset, a new push into licensing with OEM hardware and a couple of direct swipes at Android, and how it gathers your data.

At MWC, Marc Dillon, the company's head of software, made it clear that Android is too dominant, and requires that all its partners invest heavily in the software's ecosystem. Jolla, on the other hand, wants to work closer with hardware manufacturers to accommodate their requirements (and not ask that they bend to its needs). Perhaps Dillon's more damning attack on Android was on the topic of security, claiming that Google's OS was essentially "designed to collect data from its users" with the explicit motive of selling it. "We are not going to sell user data," was Dillon's emphatic response. If there had been a table in front of him, he would have slammed his fist on it.

In a related theme, Sailfish 2.0's other big push is security. Jolla is working with SSH Communications Security to develop of version of the operating system robust enough for use by government agencies, or the user who wants added layers of privacy. Conceptually, this would be similar to Knox from Samsung. This would make Sailfish the first European-based mobile software suitable for use (it hopes) by official agencies.

What about regular folk like you and me? Well there are software tweaks in v2.0 that should make our lives easier, too. The latest Sailfish comes with new user interface gestures and notifications that should be easier to get along with than what we saw last time we tried it. Jolla's so keen to simplify its OS experience that it's done away with the power button (double-tap to wake, basically), and there are no on screen buttons at all, with gestures filling those roles. In reality, this means a thumb-swipe will take you home, and you swipe up from the bottom for apps -- similar to how BlackBerry's PlayBook handled such things. Will security, more hardware support and a promise of not selling your data be enough? We'll have to wait for a chance to get to know the OS better, but with our first time with the tablet being today, and the product shipping in Q2 this year, it shouldn't be too long to find out.

In this article: android, google, jolla, mobilepostcross, mwc2015, sailfish, tablet
All products recommended by Engadget are selected by our editorial team, independent of our parent company. Some of our stories include affiliate links. If you buy something through one of these links, we may earn an affiliate commission.