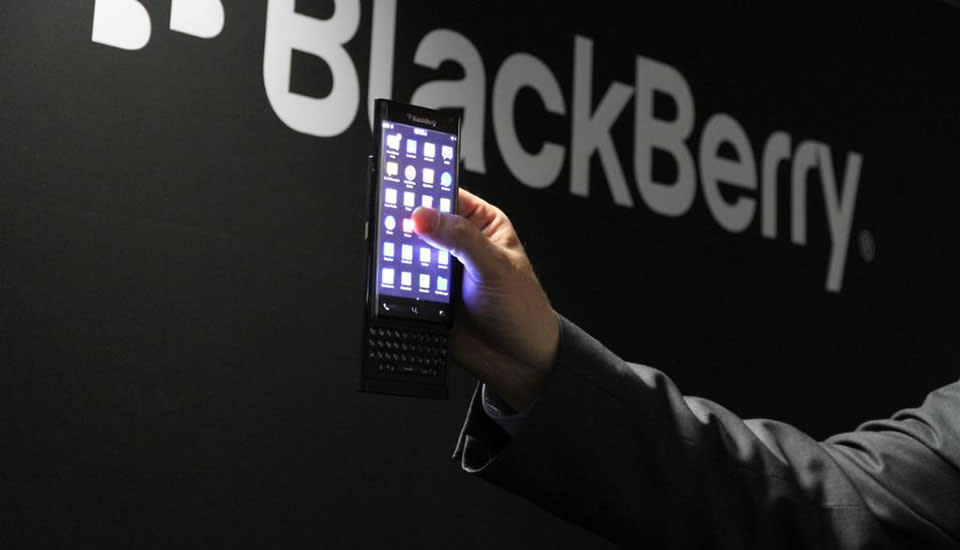 BlackBerry's recovery relies on the company's reinvention as a software and services business, which has enabled its hardware designers to go a little bit wild. At Mobile World Congress, BB's handset chief Ron Louks just pulled out a prototype of a handset that looks like the holy union between the Leap and the Passport. There's no name for the device just yet, but the company describes it as a "dual-curved, all-touch display with a keyboard," with that latter component situated on an old-fashioned slider beneath the display.

In some ways, this new hardware seems to be a greatly delayed response to the compromises that were found on the Z10 and Q10. BlackBerry 10 was geared toward phones with bigger displays, which rings true given that the Z30 was the best device that the company released in that period. The curved display is also reminiscent of what you'd find on the Galaxy S6 edge, so it's likely this device will cost a little more than you'd expect. Right now, of course, there's nothing but Louks' one-line description and this grainy picture, so while any speculation is pointless, we bet there are a few BlackBerry fans who just went weak at the knees.

Source: BlackBerry (Twitter)
In this article: blackberry, DualCurve, Keian, mobilepostcross, MWC2015, RonLouks, Slider
All products recommended by Engadget are selected by our editorial team, independent of our parent company. Some of our stories include affiliate links. If you buy something through one of these links, we may earn an affiliate commission.