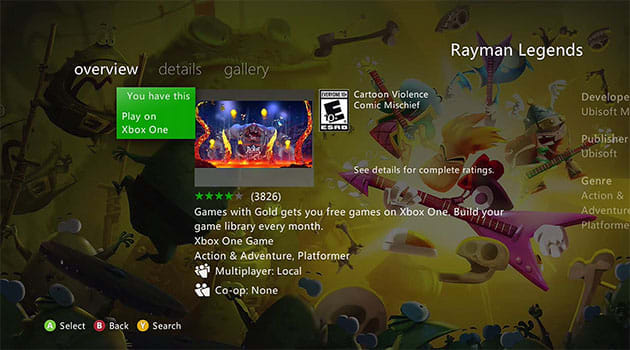 Microsoft has just launched a few new goodies for Xbox 360 owners after neglecting them following the Xbox One launch. First off, it's launching an Xbox 360 preview program, which "will work much like the Xbox One preview," according to Microsoft's Larry Hryb (Major Nelson). It will only be available to "select invitees" to start with, likely the most avid users. The first release will include a connectivity test to address "common network issues," with more changes coming later in the year. If you're in, you should see an email invitation soon.

Microsoft also launched a new section on the Xbox 360 console that will make it easier for users add Xbox One games to their library prior to buying the next-gen console. Certain titles in the "Games for Gold" program are now marked as "free on Xbox One" directly in the console, rather than just on the web, as before. If you have an Xbox Gold subscription and a last-gen console, you should be able to check out the new feature now -- see the video below for more info.

Source: Major Nelson (1), (2)
In this article: games, microsoft, preview program, video, xbox 360, xbox one
All products recommended by Engadget are selected by our editorial team, independent of our parent company. Some of our stories include affiliate links. If you buy something through one of these links, we may earn an affiliate commission.