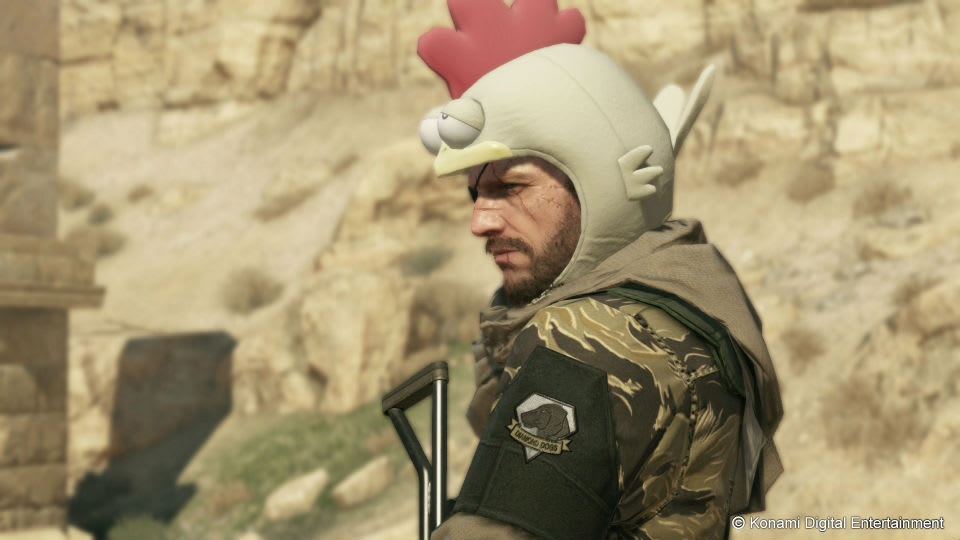 Metal Gear Solid V: The Phantom Pain, the latest in Hideo Kojima's nearly 30-year-old series of melodramatic espionage games, finally has a release date. The PlayStation 4 and Xbox One versions of will arrive on September 1st for $60, and on the PlayStation 3 and Xbox 360 for $50. PC players have to wait just a bit longer to experience the next generation of hiding from armed soldiers in cardboard boxes. Metal Gear Solid V will be available on Windows via Steam for $60 on September 15th.

The Phantom Pain has made a long, strange journey since its initial reveal. Metal Gear Solid V: Ground Zeroes, a notoriously brief prologue to the Phantom Pain released in 2014, was first announced back in 2012 but it wasn't clear if it was going to be the proper follow-up to 2008's Metal Gear Solid 4: Guns of the Patriots. It was technically unveiled in a trailer during the Spike Video Game Awards that same year but in a characteristically (for creator Hideo Kojima) theatrical, bizarre way. Announced without the Metal Gear name, it was credited to a fictional Swedish game maker named Joakim Mogren of Moby Dick Studios, who appeared in an interview with his head totally wrapped in bandages. It was months before The Phantom Pain was confirmed to be the full version of Metal Gear Solid V and that actor Kiefer Sutherland would be playing Snake, the main character.

Anyone excited to hop into Metal Gear Solid V's open-world stealth action, which includes building your own G.I. Joe-style secret base and recruiting goats, will have other purchasing options when the game releases in September. Alongside the standard editions is a $100 collector's edition of the game that comes with a making-of documentary on Blu-ray, a replica of Snake's bionic arm, a physical map and a host of downloadable content extras for both the single-player game and Metal Gear Online, its included multiplayer component.

In this article: hdpostcross, hideokojima, konami, metalgearsolid, metalgearsolid5, metalgearsolidV, metalgearsolidvthephantompain, microsoft, pc, playstation4, sony, steam, xboxone
All products recommended by Engadget are selected by our editorial team, independent of our parent company. Some of our stories include affiliate links. If you buy something through one of these links, we may earn an affiliate commission.