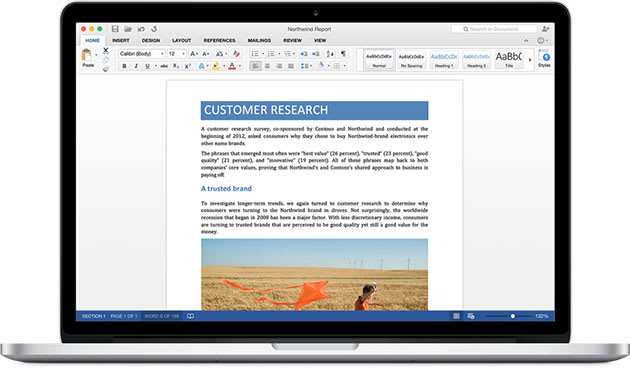 While Microsoft is hard at work on the final version of Office 2016 for Mac that'll arrive later this year, it's offering folks who are too eager to wait an early look. The preview version of Redmond's productivity suite is now available for download, serving up Word, Excel, PowerPoint, OneNote and Outlook to machines running Apple's desktop OS. There's sure to be a truckload of updates in the months to come, but if you're still using Office for Mac 2011, the changes that are already in place (read: the redesigned UI) will certainly give you something to look forward to.

Source: Microsoft
In this article: mac, microsoft, office, office2016, officeformac, officeformac2016, osx, software
All products recommended by Engadget are selected by our editorial team, independent of our parent company. Some of our stories include affiliate links. If you buy something through one of these links, we may earn an affiliate commission.