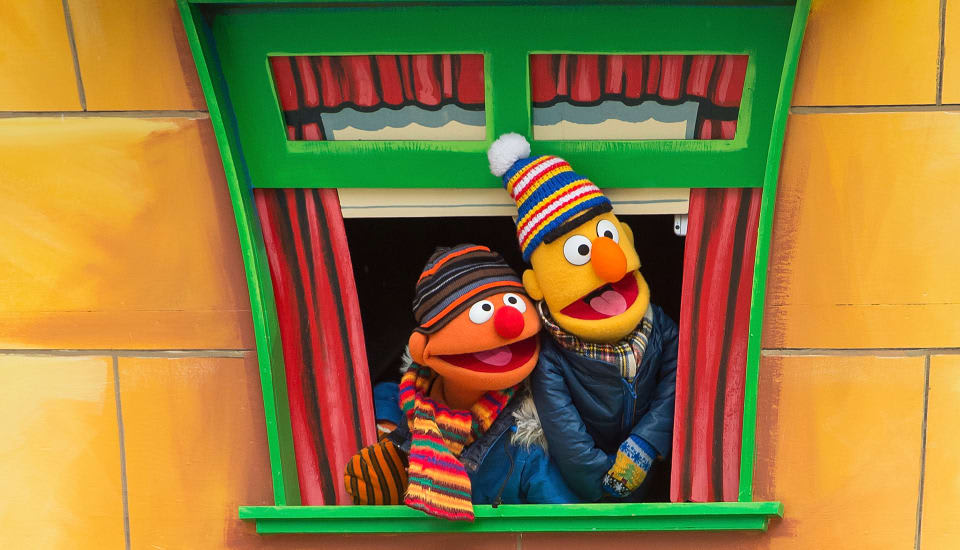 JC: Why do you think Cookie Monster is the big star of 'Sesame Street's' YouTube channel, which has over 1.7 billion video views to date?

CLP: I think it's his adult and kids appeal that increases the audience size, but I think there's a little bit of Cookie Monster in everybody. I think that certainly is a big piece of it. And, you know, he's really easy to understand. He's singularly obsessive so he's not very complex. And I think that singular obsessiveness ended up being pretty identifiable for most people.

JC: Are you targeting a lot of the YouTube videos you do for adults or for kids? I can't imagine a kid watching "Homeland."

CLP: I think it's always been a blend, and I think that's what's special and unique about Sesame Street. It has a level of humor, and the kids don't get it (or as you say, they shouldn't get it) but that's the beauty of it. And that's the challenge for our writers. They're really the best writers in the business because they can write a piece that has dual appeal for two-year-olds and, you know, 22-, 32-, 82-year-olds. And the key to doing is that it's never at the expense of the child. You have to be able to make those jokes and do the parody, but a two-year-old or three-year-old needs to be watching it and get something for them throughout the whole piece. So the jokes are never at the expense of the kids.

JC: You know, I've never seen The Hunger Games, so when I watched "The Hungry Games," in theory I was watching it like a child, paying attention to the story line about self-regulation...

C: And that one has where they're trying to figure out the pattern of what comes next, and that's the beauty of it right? You didn't even pick up on that curriculum because it's entertaining and fun and that's how we embed the learning and that laughter.

JC: How do you pick what movies, TV shows and songs to parody?

CLP: That's sort of the fun of the job I guess. I think anyone who does anything in entertainment, what's going to hit is very unpredictable. There are some obvious things when something is just popular as it is. Hunger Games for instance, there's a lot of buzz about those movies and the books, and then it's where the writer's idea comes from. If a writer just comes up with something and it's just so funny that it's worth doing...but certainly the more popular the things we're parodying, the more likely they are to hit with a bigger audience.

J: How does the speed of writing and producing something for YouTube differ from writing content for the broadcast show?

CLP: It's easier now with digital platforms because the time from shooting it to getting it up, such as "Share It Maybe," we did it within less than a week. But in the days when you had to wait for things to air, it was much harder to predict what things would be popular by the time you would air it. I remember we did a parody of Snakes on a Plane [on the broadcast show]. There was a lot of hype about that, and then it sort of fell flat and became nothing. So by the time it came out it was not one of our best parodies. Sometimes it could be as much as nine to 10 months between shooting and broadcast. But that's where, you know, YouTube we can get it up right away.

"The key to (doing parodies) is that it's never at the expense of the child."

JC: How does Sesame Street deal with cyberbullying as kids are getting access to the Internet at even younger ages?

C: We've dealt with bullying already. There's a great show with Big Bird. He dealt with bullies -- some mean birds joining the "Good Birds Club." It's really interesting because we're certainly recognizing that it's becoming an unfortunate, popular subject and we always want to know, you know, how can we help? And so we went to our advisors and said can we deal with it at this age? It really does start very young. So, we were able to have this wonderful series and a panel for parents to talk about how they can learn the signs of (bullying) and how to intervene.

J: Tell me about STEM and its impact on the lessons provided through Sesame Street.

CLP: We focused on STEM for an entire two seasons a few years back and out of that we created a new format for our characters, so Grover became Super Grover 2.0. And he's sort of our resident "STEM-ist. When our writers came to our educators and said they "want to use Grover as (their) poster child for STEM education." And she said "Grover? He never does anything right." And that's actually the perfect character for a STEM curriculum because it's all about trial and error and making hypotheses and predicting things and getting it wrong and then trying again. And the tenacity that Grover has is perfect for a scientist. And there's these great inserts we did with him where there's a challenge in every episode and he's using STEM to solve the problem.

What we learned is there's a lot of comedy in STEM. Because when you're dealing with a currriculum like STEM, when Super Grover would hit a brick wall we wanted to be scientific so he wouldn't just hit the wall and slide down the way you would normally do comedy. Technically, scientifically, he would hit the wall and bounce off the wall with as much force as he hit the wall. It changes your comedy but it's just as fun.

JC: How do you integrate gadgets and technology into the show?

CLP: We've been slow adopters on camera, and mostly that's because we represent a wide audience. We've always been about the kids most in need. So in disadvantaged neighborhoods you want to make sure you're not modeling something that is not, you know, out of their realm. But what's fascinating is that our own studies show that even in lower income families they have a bigger presence of smartphones than the total population. So that's when you start to realize, "Oh, OK, it's in their world" and so you'd better start replacing some of the older technology with the newer technology because it's what they're seeing.

The other interesting thing that we've learned from our own studies that in children's programming, what parents and kids are looking for is aspirational content. I've been here a long time, and Sesame Street used to be revered for being representational. Because it was the first time that many of our audience, you know, saw their ethnicities represented, or their inner-city neighborhood represented. And I guess what they're looking for now is more aspirational because I guess there's enough representation in media, it's so widespread and diverse now which is great. So we have a little more leeway to show some technology, because the aspirational quality is something that they're really looking for. 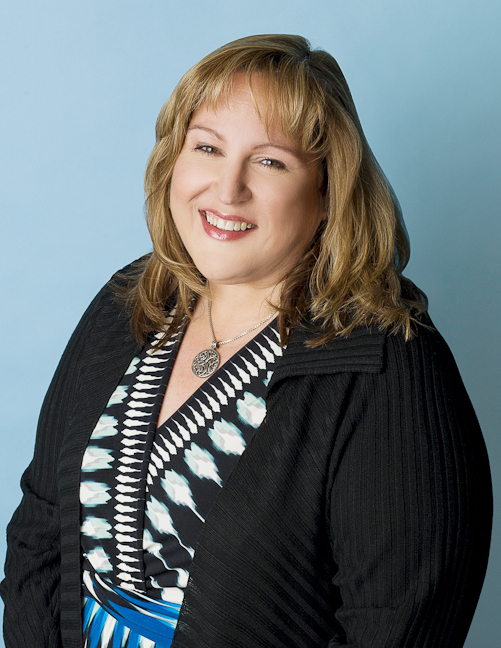 JC: Have you dealt with maybe parents and other adults looking their phones too much (and not their kids?)

CLP: Well, it's interesting. We have a show where the kids (Elmo, Abby) are trying to get one of the human characters to stop looking at their phone so they hide the phone. They think, "Oh, she will play with us." But she gets very upset because she lost her phone and it becomes an emotional story line, but there's a message for the adult in that storyline to get away from the screen and engage (with their kids)

JC: A bunch of the characters now have official Twitter handles and no surprise, Cookie Monster has the most followers. What's the reason to bring them onto Twitter? Is there more we can expect from that on the show?

CLP: For us, it's a great way to communicate with the audience. We've got a lot of followers and they're really important to us. It's still not for kids, that's for adults, and so I think on all platforms you need to know who your audience is and cater to that. We've made jokes before about "tweeting" on the show just for the "pun" of it, but you need to know what your audience is and everything that we do -- even if it's in an adult forum -- it's always kid friendly. But, those forms are really for the adult families than for the kids. It's a way to keep them engaged and stay relevant and have some fun with that dual-level of humor that we do.

JC: How do you think about distributing things digitally right away and catering to those platforms, like you're doing with The Cookie Thief?

CLP: I think we're probably like a lot of content creators who just want your stuff to be seen by as many people as possible. And for us it's because we know the kids are going to learn something from it, because we know they're going to get something great from it. It kind of depends on the content. Digital platforms certainly have a convenience factor. And PBS has a digital streaming app that has our content on it, and we have a huge audience whether it's our website or YouTube. And I think as much as we can feed those platforms.

UPDATE: On March 11th, Sesame Street unveiled yet another great YouTube video where our dear friend Cookie Monster put his own spin on "unboxing" videos. Check it out.

This interview has been condensed and edited.
In this article: carol lynn-parente, carollynn-parente, cookiemonster, elmo, entertainment, feature, interview, netflix, sesame, SesameStreet, SesameWorkshop, uk-feature
All products recommended by Engadget are selected by our editorial team, independent of our parent company. Some of our stories include affiliate links. If you buy something through one of these links, we may earn an affiliate commission.